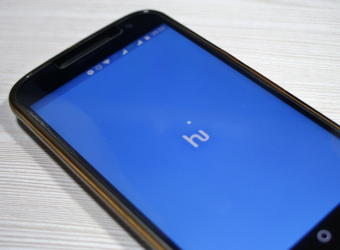 Homegrown messaging app Hike today announced new features, bringing in augmented reality with a camera built into the app, but said it has no plans to start monetising the platform in the next two years.

Hike, which competes with WhatsApp, Viber and the recently launched Google Allo in India, aims to cater to large number of young users on its platform with the new features that are similar to those offered on Snapchat.

"Hike has become the place for the youth of India where they can be themselves. With over 100 million users, Hike is a testament to that. One of our goals for 2016 was to bring photos at the centre of Hike and with 'Stories' and 'Live Filters, we are doing just that," Hike Messenger founder and CEO Kavin Bharti Mittal told reporters here.

Users will love stories, camera and live filters that Hike is announcing, especially with increasing access to cheaper and faster data, he added.

It allows users to decorate their faces in photos using filters like a turban and a Moustache or faces of actor Ranveer Singh and Prime Minister Narendra Modi.

The new 'Stories' feature allows users to share photos and videos -- which would be erased after 48 hours. While users will be able to post photos as part of the new update from today, video support will be available in the coming week.

Stories replaces Timeline on Hike, where users could post their pictures and statuses.

Asked if the company would look at monetising the platform soon, Mittal answered in the negative.

"We have seen a wonderful response to stickers and that is something we can definitely monetise on. However, like I have earlier said, there are no plans to monetise in the next two years," he said.

Hike had recently launched video calling feature for its users.

Messaging apps like WhatsApp, Hike and Viber have almost become the default for sending messages in countries like India, eating into the share of traditional SMS. WhatsApp alone has over 160 million monthly users in India.

Companies are now rolling out interesting features and adding functionalities around sharing photos and videos to keep the users hooked onto their platforms.