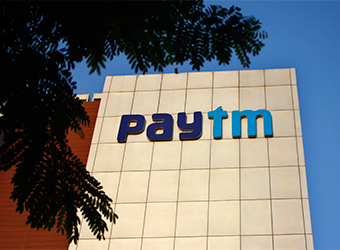 With people being compelled to switch to non-cash mode after the demonetisation move, digital payments company Paytm has been witnessing over 7 million transactions worth Rs 120 crore a day, helping it crosss USD 5 billion GMV sales, four months ahead of its target.

Gross Merchandise Value (GMV), which is an industry term for estimating the total worth of goods sold through a digital platform, for Paytm was USD 3 billion last year.

The Alibaba-backed company, which offers both mobile payment platform and e-commerce marketplace, said it is now witnessing about 7 million daily transactions worth about Rs 120 crore.

"Paytm is registering over 7 million transactions worth Rs 120 crore in a day as millions of consumers and merchants across the country try mobile payments on the Paytm payment platform for the first time," Paytm Vice President Sudhanshu Gupta said.

The company is currently doing more transactions than the combined average daily usage of credit and debit cards in India, he added.

Mobile wallet companies including Paytm have seen manifold growth in transactions and new users coming on board with people turning to digital platforms as serpentine queues outside ATMs continuing to hassle cash-strapped public.

Paytm has been able to serve over 45 million users in last 10 days alone and over 5 million new users added since the demonetisation drive, Gupta said.

"Offline transactions now contribute to over 65 per cent of the overall business from 15 per cent about six months ago.

We are also working on expanding our merchant network by 150,000 additional merchants," he said.

The company has also waived off its one per cent transaction fee for transferring money to the Bank for KYC-enabled merchants to facilitate this shift towards digital in merchant behavior.

In the wake of demonetisation drive and a surge in the demand for digital payment options, mobile wallet MobiKwik has revised its monthly annualised Gross Merchandise Value (GMV) sales target by 10 times to USD 10 billion by 2017, a top company executive said.

GMV is used in online retailing to indicate a total sales value for merchandise or services sold through a marketplace over a period of time.

"The currency reform implemented by the government has liberated Indians from cash and has also promoted adoption of mobile wallets and digital payments across platforms. We have a target to reach USD 10 billion GMV sales by next year," Upasana Taku, co-founder, MobiKwik told PTI.

The mobile payments network has over 1 lakh merchants and 35 million customers at present and has witnessed a 40 per cent increase in its mobile application downloads since the government's demonetisation initiative, she added.

"User traffic and merchant queries have also gone up by 200 per cent since the announcement of currency notes ban on November 9," Taku pointed out.

The platform which is looking to become profitable by April 2018, is also sure that it will get 5 lakh merchants onboard well before target of next year, she added.

It has launched a new service "MobiKwik on delivery" to address the challenges being faced by e-commerce companies in operating the cash on delivery service.

It offers customers options to pay through its digital services on delivery of products.

MobiKwik had earlier introduced cash pickup services where an agent comes to the user's house to collect cash to load the wallet, currently available in Delhi, Gurgaon, Mumbai and Jaipur.

In addition MobiKwik is reaching out to autorickshaw and cab drivers who are opting for a mobile wallet for a hassle-free payment method, said Taku.

Online train ticket booking platform IRCTC is among the companies that accept MobiKwik's wallet for transactions.