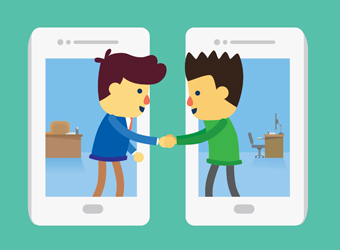 The deal value was not disclosed.

"This strategic move will help the company address an acute pain point in India's real estate market with a solution that does not involve any cash payments," the company said.

The official blog also added that as part of this, Quikr will integrate Grabhouse's products and technology stack into QuikrHomes while also reaping strong synergies the business has with its other verticals.

Founded by Prateek Shukla and Pankhuri Shrivastava in July 2013, Grabhouse offers a managed rental homes model which consists of a range of fully furnished, ready-to-move-in apartments across 4 major cities.

The marketplace is present in 11 cities and has served 700,000 customers to date.

"Our business here will also benefit from unique competitive advantages as the Grabhouse target market has a great match with many of our other businesses such as C2C and bikes. On the cost side, the operational costs of the business will directly get shared with our services business," Atul Tewari, chief operating officer of Quikr said in a statement.

Grabhouse will continue operations as an independent brand for managed rental homes. As part of the overall integration process, its founders and entire team will move to the Quikr headquarters in Bengaluru.

VC investors of Grabhouse have swapped their shares in the firm with a small stake in Quikr and there was no cash element for them in the deal, a person privy to the development told VCCircle.

It had earlier raised an angel round from early stage investor India Quotient.

Quikr has made a string of acquisitions in the past to ramp up its various verticals.

In September, it acquired vehicle service provider Stepni to strengthen QuikrCars, the vertical that focuses on automobiles.

To augment its beauty services vertical, it acquired on demand beauty and wellness services platforms ZapLuk and Salosa.