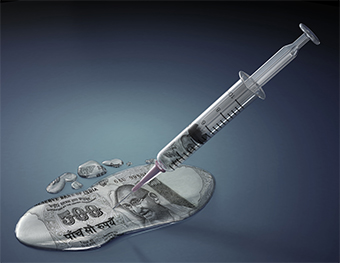 Online pharmacy Netmeds.com has acquired Delhi-based hyperlocal drugs delivery app Pluss in a deal that will help it expand its operations in northern India and better compete with Sequoia Capital-backed rival 1mg.

"This acquisition makes a lot of sense for us, since it allows us to scale quicker, and shorten the delivery interval and improve efficiency in Tier 1 metros," Netmeds CEO Pradeep Dadha said in a statement.

Pluss, owned by Alpinismo Online Ventures Pvt Ltd, will be merged with Nedmeds and will operate under its banner. Some senior executives of Pluss will relocate to Chennai and work out of Netmeds' headquarters. The acquisition will bring Netmeds' head count to about 450, the company said, without disclosing how many employees it has currently.

"We were being courted by a couple of big players but when it was time to pick a team, we decided to go with the undisputed leader," co-founder Jain said.

Ranjith Menon, executive director at IDG Ventures, said it is still early days for e-pharmacy in India and there are not many who are viewing it from a long-term perspective. "The opportunity to build a trusted digital health platform is very large," he said.

The deal will help the combined entity take on 1mg and a number of other online pharmacies such as Aermed, CareonGo and eSwasthya in the nascent segment that has been facing regulatory hurdles. The Drug Controller General of India has put a restriction on the sale of medicines online, but e-pharmacies claim the warning hasn't hurt business.

Netmeds joins 1mg, a well-funded online marketplace for medicines earlier known as HealthKartPlus, in expanding through acquisitions. 1mg acquired Medd.in, a marketplace to book diagnostic and imaging tests, for an undisclosed amount in July.

In May, 1mg had raised funding from Swiss investment firm HBM Healthcare Investments. The investment was in an addition to the startup's Series B funding in which it raised $15 million from Maverick Capital Ventures and existing investors Sequoia Capital and Omidyar Network.