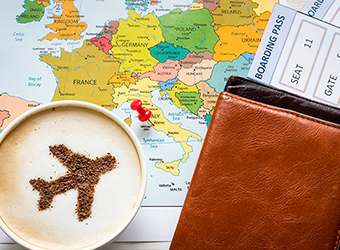 The Economic Times, which reported the development citing three unnamed sources, didn't give any details of the funding round.

SAIF Partners holds a majority stake in ixigo. MakeMyTrip and Micromax Informatics are the other investors in the firm.

An email query sent to Aloke Bajpai, co-founder and chief executive at ixigo, did not elicit a response at the time of filing this report.

In 2011, SAIF Partners and online travel agency MakeMyTrip had invested $18.5 million (around Rs 123 crore) and in June last year, mobile handset maker Micromax Informatics made an undisclosed investment in ixigo.

In a prior interaction with Techcircle, Aloke Bajpai had said that the company would turn profitable in the next financial year. The firm posted a net revenue of Rs 12 crore for 2015-16, a three-fold increase from the previous fiscal's revenue of Rs 3.68 crore. The firm is expected to achieve gross merchandise volume—or the total value of transactions—of $140 million (Rs 931 crore) this year from $40 million (Rs 266 crore) last year.

In August 2015, ixigo had acqui-hired budget travel firm IndianBackpacker.com for an undisclosed amount. An acqui-hire refers to a buyout of a company for the skills and expertise of the employees and founders.

In order to achieve its target of profitability in the next fiscal, ixigo has launched various initiatives. Earlier this year, it launched an app called ixibook where users can make bookings without being redirected to a third party website and payments would be carried out via Cleartrip. In July this year, ixigo released an AI-powered personal assistant, ixibaba, which is a chatbot that will help users plan their trips. Besides these, the firm also has a train booking app and the company claims to have made over nine million downloads so far.

Ixigo was founded in 2007 by Bajpai and Rajnish Kumar and has evolved from being a travel search engine to a travel marketplace where a customer can avail of hotel deals, real-time fares, book cabs and gain access to travel content across travel sites.