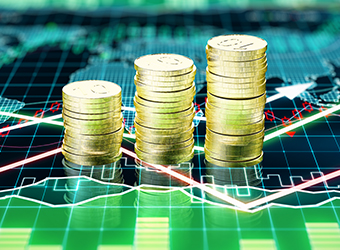 Existing investors Mayfield India and Nadathur Holdings will remain invested in Amagi, the company said in a statement.

VCCircle had first reported last week that Amagi was in advanced talks with Emerald Media and PremjiInvest to raise between Rs 240 and Rs 250 crore.

"Emerald Media's domain expertise and regional and global media relationships will help us further leverage the transition of the TV broadcasting industry to the cloud and expand our international footprint," said Baskar Subramanian, co-founder of Amagi.

Amagi had secured Series C investment in January 2015 from PremjiInvest and Mayfield India. The amount was not disclosed but was believed to be around $13 million. In June 2014, it raised Rs 31.25 crore in funding from Mayfield, with participation from Nadathur Group, an investment firm founded by Infosys co-founder N S Raghavan. This was almost a year after the firm received Rs 25 crore from Nadathur Group in August 2011.

Emerald Media is a pan-Asian platform established by KKR along with The Chernin Group for investing in the media and entertainment sector. It provides growth capital ranging between $15 million and $75 million for control and significant minority positions.

The company has offices in New York City, London and Hong Kong as well, and claims to have more than 3,000 brands in its ad network.

Amagi was founded in 2008 by Srinivasan KA, along with Subramanian and Srividhya Srinivasan. Prior to Amagi, they had also co-founded technology company Impulsesoft Pvt. Ltd, a Bluetooth audio solutions provider. Impulsesoft was later acquired by SiRF, a NASDAQ-listed semiconductor firm based in the US. After the acquisition, the trio held key positions at SiRF, before starting Amagi.