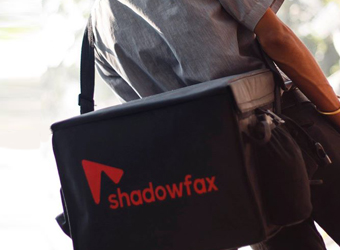 The investment will help Shadowfax build its network, consolidate its market position and stabilise performance in existing cities, Eight Roads said in a statement.

ShadowFax is an intra-city logistics services provider to neighbourhood merchants, grocery shops, pharmacies and e-commerce clients. It was set up in early 2015 as a food-only delivery player but has diversified across multiple verticals. It completes about 30,000 deliveries a day in 10 cities.

"The company has built a differentiated technology platform and diversified from being a food-only delivery player to now delivering for grocery, pharmacy and e-commerce clients," Narang said.

Eight Roads, which specialises in early-stage and growth-capital investment, had put $9 million in ShadowFax's Series A round in September last year. A couple of months after the Series A round, Gurgaon-headquartered ShadowFax acqui-hired Pickingo in a cash-and-stock deal.

ShadowFax was founded by IIT graduates Abhishek Bansal and Vaibhav Khandelwal in May last year. The company had secured seed funding of $300,00 from Kunal Bahl and Rohit Bansal of Snapdeal, Powai Lake Ventures' Zishaan Hayath and Limeroad co-founder Prashant Malik.

Bansal, who is also the CEO, said that the company is seeking to fulfil the need for quality on-demand logistics in India and that merchants can focus on their core business by outsourcing last-mile delivery services. ShadowFax's clients include fast-food chains McDonalds and Burger King, e-tailer Amazon, grocery delivery startup Big Basket and hospital chain Fortis, he said.

A person close to the development said the startup's Series B round includes investments from some affluent individuals. The person didn't specify who these people are.

The company has a revenue run rate of Rs 5 crore a month and is growing up to 15% month on month, the person added.

Eight Roads Ventures has made a couple of other investments in recent months. In November, it agreed to invest up to $25 million in Chennai-based non-banking financial company IFMR Capital.

Other technology firms that the investment firm has previously backed include Bank Bazaar, Icertis, AbsolutData and Toppr.