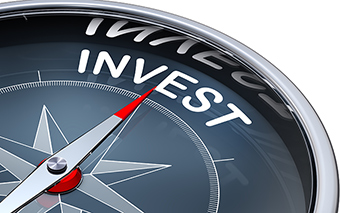 TempoGO, an IoT and SaaS-based solutions provider for commercial transportation, has raised its seed round of funding from a clutch of investors, a top company executive told VCCircle.

Pranav Shirke, the co-founder of the Goa-based firm said the capital will be mainly utilised for upgradation of technology and hiring more professionals. The company currently has 15 employees.

Operated by Carryage Technologies Pvt Ltd, the firm has raised Rs 5.6 crore ($825,000) in this round led by Hong Kong-based K2 Investments. A few high profile investment bankers also participated in this round.

K2 Investments is a network of several high net worth individuals (HNIs) as well as Hong Kong-based senior investment bankers.

TempoGO's platform consists of two layers, one powered by Internet of Things (IoT) sensors on vehicles and another by software-as-a-service (SaaS), Aaditya Goyal, the technology head for the firm, explained. The IoT layer consists of a GPS-based hardware unit to track vehicle location and speed, a sensor set to monitor fuel pilferage and keep track of temperature on refrigeration trucks, and an adapter to record and transmit vehicle behaviour and data.

Goyal, who had in the past floated last-mile urban transportation startup Feedr and hyper-local delivery service BigZop, explained that the SaaS layer includes trip and fleet management software, and a dashboard for actionable business intelligence using data analytics.

Prior to founding TempoGo, Shirke also launched a healthcare startup in 2013 and has previously worked with Tata Consultancy Services (TCS) as an engineer.

TempoGo was incubated at Goa-based Prototyze, which has catalysed a clutch of other funded companies, including MobieFit (a mobile fitness company), HandyTrain (a Saas-based mobile platform for corporate training), Seynse (pronounced 'Sense') a financial technology company that operates a digital lending platform called Loan Singh.

Several SaaS based startups have raised funding in the recent past.

In September 2016, Pune-based Pharmarack Technologies Pvt. Ltd, which provides SaaS applications for automated order processing and inventory management to pharmaceutical retailers and distributors, had raised Rs 5 crore ($745,000) in its pre-Series A round of funding.