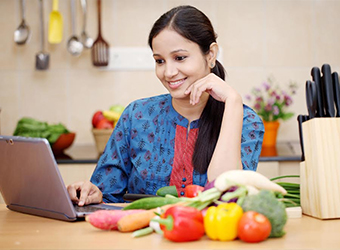 The startup will use the funds to develop its technology to become a suggestion-based platform instead of a search engine, and to grow its team, a report in The Economic Times stated.

The company differentiates itself from popular food ordering platforms like Zomato and Swiggy by offering up a list of dishes, rather than restaurants. The dishes are recommended based on crowdsourced suggestions. It also presents a price comparison across different food joints.

"The revenue model is more advertisement and lead driven. Hence, the company will be light in operations and will have business economics of a high-tech media company," Anand Lunia, co-founder at India Quotient was quoted as telling The Economic Times.

The online food ordering business in India is estimated to be worth around Rs 6,000 crore, growing at about 30% month on month, according to a report by India Brand Equity Foundation, released last year. However, this segment is transaction-driven and margins are wafer-thin. Last year, many food tech startups shut down, paused operations, tweaked their business models or reduced their staff count as it became increasingly difficult for them to raise fresh funds. Despite the weak unit economics of the segment, the food tech space has seen some investment activity in the past few months.