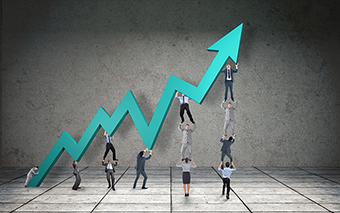 ABM said in a stock-exchange filing that it has signed definitive pacts to invest up to Rs 15 crore ($2.2 million) in InstaSafe over the next 12-15 months.

In the process, ABM will acquire the stake owned by CIO Angel Network (CAN) in InstaSafe for an undisclosed amount, marking the first-ever successful exit by the angel network, InstaSafe said in a statement on Wednesday.

Separately, the Indian Angel Network (IAN) said that it also exited InstaSafe as part of the deal.

"We saw great potential for growth and scope for InstaSafe cloud-based technology and were very confident about them ever since we had invested," said Vishal Khare, the IAN's lead investor.

ABM said the transaction also involves infusion of fresh funds into the tech product company, which will use the capital to improve technology, expand internationally, and hire sales and marketing personnel.

InstaSafe is likely to benefit from access to growth capital from ABM's networks, the BSE filing added.

FideliMent Ventures was the transaction adviser to both ABM and InstaSafe.

"In the current environment of selective funding, especially in the B2B space, InstaSafe stands out as one of the few startups successfully raising funds and providing exit to its early-stage angel investors," said Mehta in the statement.

Other deals in space

The security solutions space has seen a lot of investor interest lately.

*This article has been updated to include information about the Indian Angel Network's exit from InstaSafe.