Flipkart-owned PhonePe in talks with PayPal to raise funds 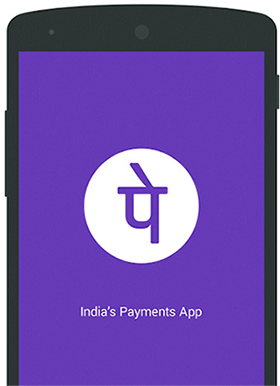 Flipkart-owned PhonePe is in talks to raise a significant amount of funding independently at a valuation of about $500 million as strategic investors line up for a slice of India's booming e-payments market, a national daily reported on Wednesday, citing people aware of the development.

A report in The Times of India said that PhonePe has held preliminary talks with US-based digital payments company PayPal Holdings for a "share sale."

When contacted by Techcircle, a PayPal spokesperson said that the company does not comment on rumours or speculation. PhonePe and PayU did not respond to queries from TechCircle.

PayPal's rising interest in India's e-wallet space has become quite evident now. In December, the online payments giant was said to be in the final stages of talks to pick up a 25% stake in Snapdeal-owned FreeCharge for around $200 million. It was said that PayPal's initial offer was for a 51% stake, but Japan's SoftBank Group Corp, the largest shareholder in Snapdeal, was not keen on divesting a majority stake.

It seems the deal fell through, and hence PayPal has turned to PhonePe now.

If the deal goes through, it can shake up India's online payments industry, which is currently dominated by Paytm. The industry has seen growth accelerate after Prime Minister Narendra Modi announced his decision to scrap old high-value banknotes on 8 November. The move led to a cash crunch, prompting many people to use digital payment options such as mobile wallets.

In December, PayPal filed a notice with the Indian trademark office, accusing Paytm of infringing on its trademark. PayPal said in the notice that Paytm's logo was "deceptively and confusingly similar" to its own and followed a similar colour scheme, which is likely to cause confusion among consumers.