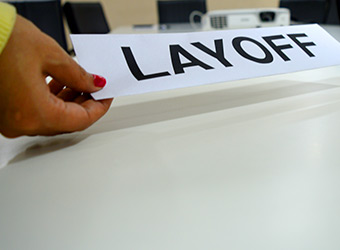 Online business goods marketplace Tolexo Online Pvt. Ltd will lay off 300 employees, or 85% of its workforce, according to a report by Business Standard.

The report went on to add that the move is part of the company's plans to wind up its online business to launch a completely new offline initiative.

The company had reported net sales of Rs 4.69 crore in 2015-16, against Rs 26.5 lakh in the previous fiscal year, according to VCCEdge, the financial research platform of VCCircle. However, its net loss had widened three and a half times to Rs 72.9 crore from Rs 12.9 crore, and total expenses had surged to Rs 76.6 crore from Rs 13.2 crore, during the period.

Tolexo was registered as a separate entity in 2014 as an online retail platform for IndiaMART, an online listing platform for small and medium businesses, which was then backed by Intel Capital and Bennett, Coleman & Company Ltd. The news report added that only 35 employees were being absorbed by the parent company.

Queries sent to Tolexo did not elicit a response at the time of writing this report.

The company provided industrial products and supplies to businesses, factories, offices and laboratories, construction, manufacturing, and hospitality companies. It claimed to have over 1 million products catering to the needs of customers from over 900 cities and towns across India.

In January 2016, the company had hired Mayank Kamal as the head of its supply chain vertical. Earlier, it had appointed former Jabong CTO Harsh Kundra as co-founder and head of product and technology.

Of late, e-commerce companies have witnessed many mass layoffs. Earlier this week, Snapdeal decided to sack 600 employees across the board, including its subsidiaries, mobile wallet Freecharge and logistics wing Vulcan Express. There were also reports of Craftsvilla sacking 100 workers.