OYO may raise $500 mn from SoftBank, check into unicorn club 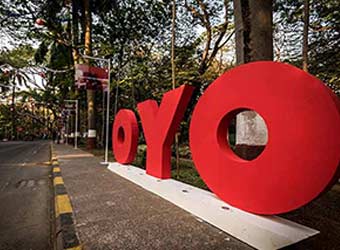 Branded budget hotels marketplace OYO Rooms, run by Oravel Stays Pvt. Ltd, is in talks to raise $300-500 million (Rs 2,000-3,335 crore) from SoftBank Vision Fund, in what will possibly be one of the biggest deals in India's consumer internet space, media reports said on Monday.

If the deal goes through, OYO will become the latest entrant to India's unicorn club, valued at $1.2 billion (Rs 8,000 crore), said reports in The Times of India and The Economic Times, citing three people aware of the development. A back-of-the-envelope calculation suggests that the hotel aggregator is currently valued just over $500 million.

The ET report said, citing a person directly familiar with the development, that other new and existing investors may also invest in the round, and that OYO was getting a pre-money valuation of $700-750 million.

When OYO raised $100 million in 2015, in a round led by SoftBank, the deal had valued the company at $396-400 million, as per data from VCCEdge, the financial research platform of News Corp VCCircle.

In August 2016, it was reported that OYO was raising $90 million from existing investor SoftBank—it had already received $61 million and was to receive the remaining $29 million in an equity-debt mix. Filings with the Registrar of Companies (RoC) suggest the 2016 deal was at a share price 3.5% higher than the 2015 transaction, so OYO's pre-money valuation comes out to around $415 million. The additional $90 million took its post-money valuation in the last round to a little over $500 million.

Following the funding round, SoftBank is likely to hold over 50% stake in the company, the ET report said. It currently holds around 26%, having invested $120 million in two rounds.

"We do not comment on speculation. SoftBank is deeply committed to its portfolio companies in India and elsewhere and actively helps them to grow their business," said a SoftBank spokesperson in response to a query from Techcircle.

The Times of India report said, citing a person in the know, that SoftBank has put in a term sheet, but the terms are yet to be finalised as the "proposal is tantamount to heavy dilution for all shareholders" and, hence, it's taking time.

The fresh capital will mainly go into OYO's new offering, Townhouse, which currently has 70 operational properties, the report said. Besides, it will allow OYO, which operates over 70,000 rooms in 200 cities in India and Malaysia, to compete with the likes of the MakeMyTrip-Ibibo combine, apart from staving off challenges from overseas players.

OYO had announced the launch of OYO Townhouse last month, positioning it as a friendly neighbourhood hotel. Prior to that, it had launched OYO Captains, a concierge service to ensure smooth travelling and on-stay experience.

In March 2015, it had raised Rs 150 crore led by Greenoaks Capital, with participation from existing investors Lightspeed, Sequoia and DSG Consumer Partners.

The fundraising comes at a time when the budget hotel space is seeing a slowdown, which is evident from a rising number of startups shutting shop and a lack of positive unit economics. In December 2016, Wudstay Travels Pvt Ltd—which started off as a rival to OYO Rooms—exited the budget hotel aggregation space.

Last week, online homestay aggregator and budget accommodation provider Stayzilla, run by Inasra Technologies Pvt. Ltd, halted operations.  "In the last 3-4 years, though, I can honestly state that somewhere I lost my path. I started treasuring GMV, room-nights and other 'vanity' metrics instead of the fundamentals of cash flow and working capital," co-founder and CEO Yogendra Vasupal had said in a post on Medium.com.

In October 2016, SoftBank had said that it will set up a global fund, christened SoftBank Vision Fund, along with Saudi Arabian sovereign wealth fund Public Investment Fund (PIF), to invest as much as $100 billion in the technology sector.

In January 2017, it was reported that Apple Inc. was investing $1 billion in the tech fund. Reports said the fund will also witness participation from Foxconn Technology Group Ltd and the family office of Larry Ellison, chairman of Oracle Corp.