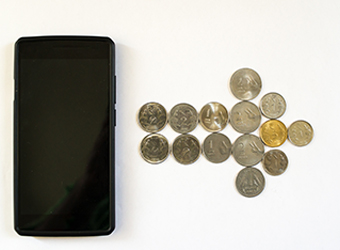 Loyalty rewards app mPaani Solutions Pvt Ltd has raised $1.35 million in its pre-series A investment round led by IDG Ventures, Blume Ventures and Saha Fund, the company said in a statement.

Existing investors Adil Allana of The Allana Group, Aprameya Radhakrishna, co-Founder of Taxiforsure, and serial mobile and fintech investor Gautam Ivatury also participated in this round.

In April 2016, m.Paani had raised an undisclosed amount in its pre-Series A round of funding led by Blume Ventures.

m.Paani is a mass-market loyalty platform that brings primarily offline consumers and unorganised retailers online. Customers can redeem m.Paani points when they shop at m.Paani retail partners through discounts, talk-time and other offers.

"This new funding round affirms our belief in the value m.Paani's offering brings to consumers, retailers and brands. The fundraise will catapult m.Paani's already impressive growth metrics to help the company become a household name to the value conscious Indian consumer and be at the forefront of India s retail tech story," said Sajid Fazalbhoy, principal at Blume Ventures.

The capital will be used for product development, scaling its tech and data science, and expand m.Paani's footprint pan-India through investments in sales and marketing.

The Mumbai-based company was founded in March 2014 by Akanksha Hazari, a Princeton University and Cambridge University alumnus.

"Our loyalty platform is a critical digital pipe that enables our partners to understand and target mass-market, unorganised consumers intelligently for the long-term and in real-time. Through continuous innovation, we aim to bring big data to the informal economy, delivering intelligence to brand clients and life-changing value to the aspirational Indian consumer," said Hazari.

The deals and rewards segment in India is dominated by companies such as Nearbuy, Mydala, Crownit and CashKaro, among others.