Bengaluru-based furniture rental startup Furlenco tripled its revenue for the year through March 2017, but a steep rise in costs widened its losses.

However, the company's total expenditure jumped 140%. This expanded its net loss to Rs 48 crore from Rs 20 crore for 2015-16. Operating loss widened almost twice to Rs 32 crore. 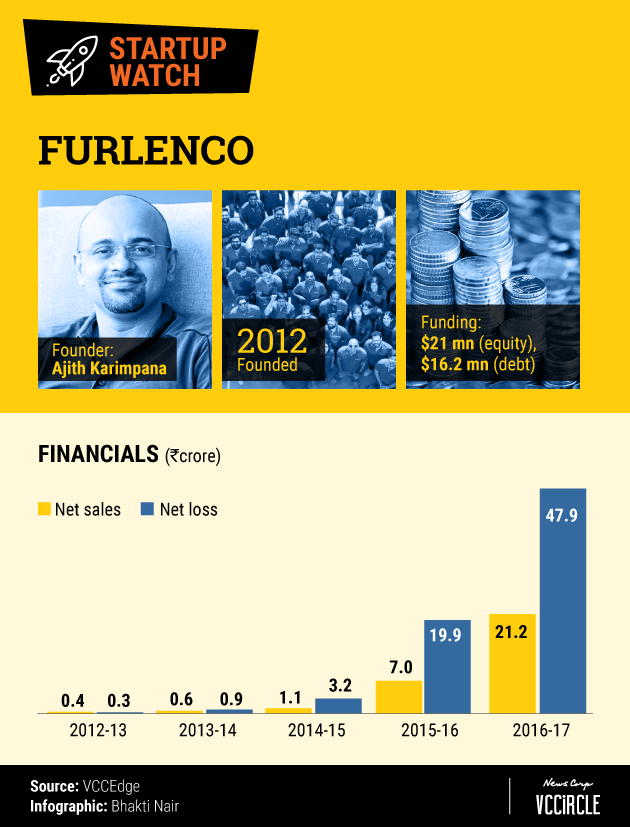 Furlenco didn't respond to email queries till the time of publishing this report.

The startup was founded in 2012 by Ajith Karimpana, a former vice president at Goldman Sachs. He holds a post-graduate degree in computer and information science from Temple University in the US.

The company designs its own furniture and gets it made by third-party vendors. It previously operated as Rent Ur Duniya but re-branded to Furlenco in 2013. It also rents out home appliances.

Furlenco has raised a mix of debt and equity financing for expansion. It secured $6 million (Rs 38 crore then) in a Series A round of funding from LightBox Ventures in 2015.

In October 2016, Furlenco raised $15 million (Rs 100 crore then) in its Series B round of funding led by Lightbox Ventures along with Axis Capital Partners, a Hong Kong-based venture capital fund. The company also mobilised an equal amount in debt at the time.

Furlenco competes with the likes of Rentomojo and Rentsher, among others.

In November 2015, Bengaluru-based Edunetwork Pvt. Ltd, the company behind Rentomojo, mopped up $2 million in pre-Series A funding from Accel Partners and IDG Ventures India. Seven months later, it raised about $5 million.