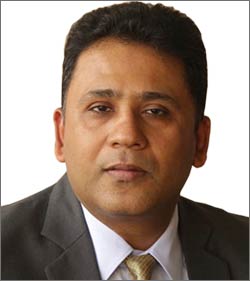 In his new role, Nayyar is expected to steer the company toward the next stage of its growth, the press note added.

A chartered accountant by qualification, Nayyar was earlier heading the SME lending division at the retail finance arm of financial services group Edelweiss. His earlier professional stints, among others, also include Citibank India and CRISIL.

NeoGrowth Credit Pvt. Ltd was founded in 2010 by serial entrepreneurs and Venture Infotek founders Dhruv Khaitan and Piyush Khaitan. The company, which is primarily involved in the merchant cash advance business, provides flexible loans to merchants who accept card or other digital payments from customers and offers them automated repayment options.

The company analyses turnover data from a merchant’s point-of-sales terminal to determine the creditworthiness and claims to disburse loans in three days.

NeoGrowth has partnered with more than 12,000 business merchants spread across 21 Tier-1 and tier-2 Indian cities, according to the statement.

The latest development also comes six months after it raised $47 million led by Leapfrog Investments. Existing investors Aspada Investment Company and Quona Capital had also participated in the round.

A couple of other fintech startups in the online lending space have also recently made some crucial appointments.