Can Yatra fly its way out of the red and defy investors' doubts?

In early 2017, online travel company Yatra Online Inc. signed up actor Ranbir Kapoor as its brand ambassador in a bid to raise its public profile and attract more customers. While some of the intended benefits of the move might be intangible, the costs are easier to count.

Consider this: Yatra's marketing and promotion expenses more than doubled in the three months through March 2017 and soared three-and-a-half times the following quarter when compared with the corresponding periods the year before.

The surge in these costs is one of the key reasons why the operator of travel portal Yatra.com has sunk deep into the red. Now, it is taking a step back. 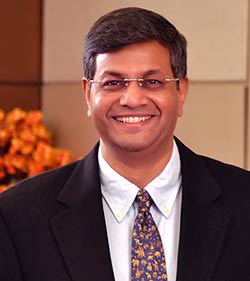 “We will have to see some efficiency in the marketing spends,” says Alok Vaish, group chief financial officer at Yatra, during an interaction with TechCircle.

Vaish says the marketing expense as a percentage of the company's revenue has come down to 50% from around 70% last year while the corresponding figure for some rivals is around 90%.

Higher revenue and cost controls helped Yatra narrow its adjusted EBITDA loss to Rs 40.7 crore for the quarter through June; EBITDA is short for earnings before interest, tax, depreciation and amortisation.

Bigger rival MakeMyTrip also controlled its marketing expenses in the April-June quarter; the costs rose only 4.6% to $149 million. Its adjusted revenue jumped 25% from a year earlier to $170.1 million while adjusted EBITDA loss shrank to $32.79 million from $52.33 million. That means MakeMyTrip's marketing costs are nearly 87% of its revenue. The company didn't comment on its marketing costs till the time of filing this article.

Vaish says the company aims to be profitable in the next six to eight quarters. It could achieve its target quicker but for the aggressive discounting practices in the industry, he adds.

Six to eight quarters, however, is a long time. Especially for the impatient stock market investors. And that's another headache for Yatra.

In October 2016, billionaire Mukesh Ambani-led Reliance Industries Ltd agreed to pick up a stake in Yatra as part of a broader business tie-up. On 19 December 2016, Yatra became the second Indian online travel company to list on the Nasdaq stock exchange. MakeMyTrip, which counts South African internet conglomerate Naspers among its investors, had listed on the Nasdaq in 2010.

The two companies took different routes to go public. While MakeMyTrip floated an initial public offering, Yatra opted for a back-door listing via a reverse merger with a special purpose acquisition company. Over the past year, their stock market performance has also been very different.

While shares of Yatra have lost almost half their value since October 2017, MakeMyTrip's stock has been stable. Yatra shares ended September at $5.58 apiece, giving the company a market value of $220 million. MakeMyTrip shares rose past $41 each in June before paring the gains to $27.45 last week, giving it a market value of $2.8 billion. No points for guessing who is the investors' favourite.

Was listing in the US a mistake? No, says Vaish. “It was absolutely the right thing to do.”

But he is not so sure about the reverse merger. He says that stock markets were in 2016 not as conducive for an online business in India as they are now. “A reverse merger worked well at that point of time. If it were today, we would have gone for a traditional IPO process,” he says.

According to Vaish, the business is doing well and the fall in the share price is due partly to "shareholder issues" as some existing investors couldn't exit during the reverse-merger process.

“Also, we are still relatively not as well known in the international markets... So, part of that is educating the market on how we are different from the competition—a lot more sustainable and, hopefully, with a profitable business strategy, multi-channel approach,” Vaish says.

According to Vaish, the company aims to become a one-stop travel services provider and be the dominant force in the travel segment in the country.

Still, the rankings Vaish is speaking about don't explain the complete story. Yatra's market position may have actually weakened over the past few years, especially after MakeMyTrip acquired rival ibibo Group in October 2016.

According to a September investor presentation by MakeMyTrip, the company commanded a share of 48% in India's online travel booking market in 2010 while Yatra and Cleartrip had 24% and 18%, respectively. MakeMyTrip's market share climbed to 63% in 2017 while the combined share of the other two was 26%.

Other players, which likely include online-to-offline travel company Via.com and multinational companies such as Booking.com and Expedia, account for only 11% of the market. Via.com was bought by US-based Ebix Inc. last year.

Vaish admits competition is intense, but says it has always been so. Also, India is not a priority for most global online travel companies. “The good thing is that due to the recent consolidation, the market is moving towards a strong duopoly between us and our main competitor [MakeMyTrip],” he says.

Industry watchers say that for Yatra to increase its market share it will require continuing external funding for innovation, distribution and marketing expenses, and for covering its operating losses for the foreseeable future. That may not be sustainable as a public company.

“Yatra would be better off as a private company at this stage,” says Freeman of GlassRatner.

He says the company is a “perfect candidate” for acquisition by a large multinational wanting to enter Indian or for Reliance, with its huge and growing telecom services and smartphone business. If not for Reliance, “the obvious buyer is MakeMyTrip,” he adds.