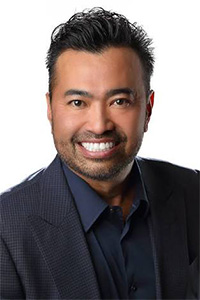 Willie Tejada is the chief developer advocate at IBM Corp and is in charge of fostering the company’s global developer ecosystems. With India housing a large percentage of IBM's developers, Tejada talks to TechCircle about how the country can build expertise around blockchain and work on the future of artificial intelligence.

Tejada also sheds light on how the process of learning new skills has undergone a change from linear to non-linear methods. He explains how this is due to growth in open-source technologies and communities having the power to release new technologies or platforms.  Edited excerpts:

What is the future of blockchain in India?

The country has a concentration of global system integrators, developers and global in-house centres of all the top companies in the world. There will be a large number of people who will be developing and creating the next generation of technology platforms, and it is common knowledge that blockchain will play a critical role.

Digital adoption in India, coupled with the creators and density of global system integrators and developers, will lead to huge growth in blockchain.

India could probably over the years build a disproportionate amount of expertise around blockchain as well.

How will blockchain be synergistic with other technologies? What are its use cases?

An example would be how we can look into a mature model and decide where the bias in the application is or how a particular AI solution makes decisions.

Blockchain would be the trusted piece of network or technology which can bring unbiased insights into the model’s functions. We expect blockchain to be pervasive in almost every technology that requires transparency.

Accenture is looking into the future after SMAC (Social, Mobile, Analytics and Cloud). What is IBM working on in terms of seeing beyond SMAC?

It depends on the technology stack in question. At IBM, we are trying to add some practicality to the technologies.

When we think of the future, the current problem in the adoption of AI is that different sources have to build, employ and manage models respectively. But broad-based adoption of enterprise AI won’t become pervasive until the enterprise’s management understands why the application is making the specific decisions and how can it be transparent.

There is tremendous amount of work to be done for new technologies to actually be pervasive, accessible and commoditised. The technologies that we have today still need a large amount of sequencing to be perfect.

Accenture’s job is to be a consulting business that helps companies prepare them for the future. IBM’s job is to put all of those technologies to work today, to ensure that the culture, technology platforms and viewpoints might be different and to bring them all together.

What are the ways in which the environment is changing for re-skilling of developers?

I don’t think many people understand that the release cycle for new technologies has come down drastically. A few years ago, big players such as Oracle, IBM and Microsoft released platforms once in 12 months, which was considered fast, or 24 months. There was enough time to adapt to the new paradigm, features or a new set of APIs or technologies.

Today, because of open source and growth of new technologies, the release cycles of new platforms have come down to a few months.
The release is also controlled by the community now. The community cannot be timed and the pace of learning new skills is much greater. The other problem in quick adoption is with the growing diversity of technologies.

Hence, new releases are no longer controlled by well thought of proprietary platforms, which roll out certifications for developers right after launch. The whole dynamic has changed.

The learning environment has changed from linear to non-linear. That requires new ways in which professionals can learn, and a lot of it is self-enablement.

Companies need to give developers a stage to try and play where there are inputs from peers, communities and groups.

The new model is ‘discover-try-play-adopt and recommend’. The question is how do we fit into that model and develop the three pillars of growth--code, content and community--to foster quick learning.