The company generates all of its revenues from wholesale trading. In February, the government barred sellers on foreign-owned ecommerce platforms from sourcing more than 25% of their inventory from group companies. Subsequently, Amazon pared its stake in two subsidiaries, Cloudtail India and Appario Retail, after the new norms became effective. It had briefly suspended the operations of the two arms. 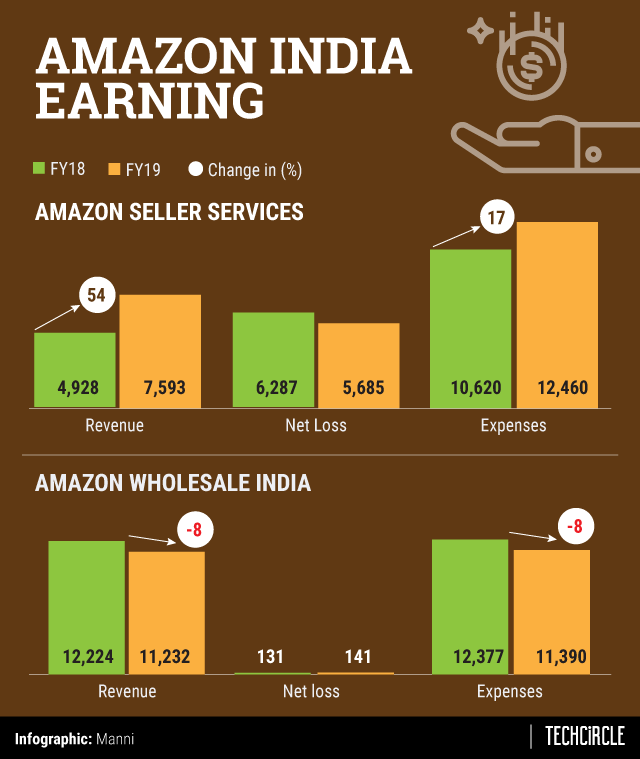 Cloudtail reported a 25% increase in its topline at Rs 8,945 crore for FY19. Appario Retail is yet to declare its earnings for the year.

Despite the healthy topline growth, Amazon Seller Services reported net losses at Rs 5,685 crore on account of investments in technology, infrastructure, and opening new fulfilment centres. The losses, however, narrowed from Rs 6,287 crore in the previous year.

“Amazon Seller also continues to invest in launching new products and services for its customers and sellers and is confident of its future growth,” the company said in a regulatory filing.

However, royalty costs dropped drastically to Rs 16.5 crore from Rs 2,706 crore in the previous year.