In Numbers: India is unicorn country

India is home to the most number of unicorns — private firms valued a billion dollars or more -- in the world after China and the United States. By 2025, the country is expected to surpass the US, according to the Indian Startup Ecosystem Report published by information technology industry lobby Nasscom earlier this week. 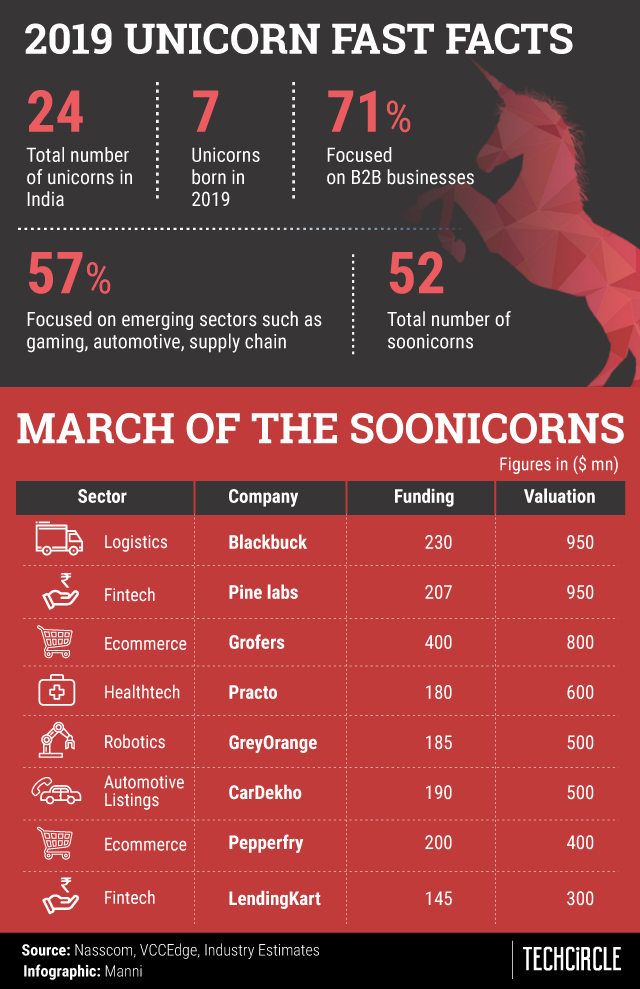 India already has the world's third largest startup ecosystem in the world with around 9,000 startups currently operational in the country. With its expertise in technology services and a large skilled workforce, the country is expected to retain the rapid pace of growth of unicorns.

This is evident from the fact that India also has the largest pipeline of potential unicorns or soonicorns in the world with 52 startups that are tipped to enter the unicorn club soon. In another six years, Nasscom expects the number of unicorns in India to grow to around 100.

Unlike in the past, when consumer startups led the charge, 2019 saw the B2B segment creating more than 70% of the new unicorns that emerged in the country.

The country's first unicorn was born back in 2011 with SoftBank-backed InMobi, when the concept of technology unicorns itself was still gaining ground. At the current pace, India is expected to create more than 10 unicorns every year.

The B2B segment, in particular, should be interesting to watch with investors such as Tiger Global Management, which created the country's largest private company Flipkart, returning to actively back such startups.