Gurugram-headquartered augmented reality (AR) company for fashion, StyleDotMe has raised Rs 3.5 crore (about $466,978) in a bridge round, dubbed pre-Series A, led by Survam Partners, the family office of Suman Kant Munjal.

The company provides AR technology to jewellery companies to facilitate virtual trials by customers. With the fresh capital, StyleDotMe aims to expand its team and launch new categories such as watches and eyewear.

Previously, it had raised its first round of capital from IAN’s Small Ticket Funding programme in 2016, followed by a bridge round in 2019 led by former InfoEdge CFO, Ambarish Raghuvanshi. Ajay Gupta of Ericsson India and Hari Balasubramanian and Deval Tiberwalla, CEO at Polo Towers Group had participated in the round.

“Our product helps users try on jewellery without wearing it which is more relevant now when people are not sure whether the products are sanitised properly. We would like to capture 50% of the major global markets for jewellery in India, UAE and US by 2025,” Meghna Saraogi, CEO of StyleDotMe told TechCirlce. 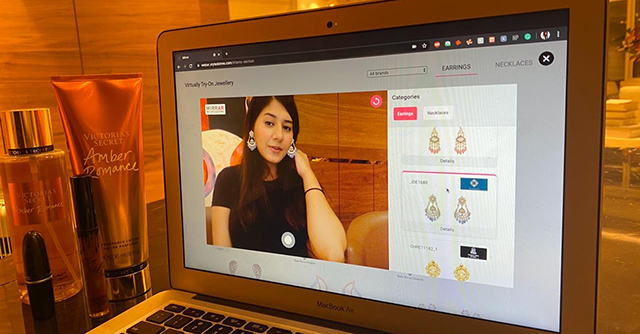 She added that the company was also working on launching its technology for the makeup segment which will eliminate the need to try on products.

Incorporated in 2015 by Saraogi and cofounder Akhil Tolani, StyleDotMe started as a fashion and lifestyle app which allowed users to make instant fashion decisions on fashion purchases by sharing their picks with a network of friends. In 2018 it pivoted to the business-to-business model for virtual jewellery trials.

StyleDotMe’s product mirrAR allows customers to try on jewellery virtually at the retail store, without the need for physical inventory. It is currently used by over 150 jewellers including retailers like Tanishq, Amrapali, HazooriLal Legacy, and Kalyan Jewellers. Its business to consumer product webAR facilitates try-ons online via laptops and mobile phones.

“We are delighted to partner with StyleDotMe as a lead investor, in their mission of transforming shopping experiences for customers and helping retailers drive their business in these tough times through their powerful AR technology,” Akshay Munjal of Survam Partners said in a statement.

Other fashion technology platforms in the space include Sequoia-backed  Mad Street Den which bagged $17 million in funding led by Falcon Edge Capital for its retail automation platform Vue.ai in 2019.