A year on, where does Microsoft stand on its sustainability agenda?

In January 2020, Microsoft swore itself to a new year resolution. The nearly five-decade-old company aimed to be carbon negative by 2030 and remove all the carbon it has ever emitted by 2050.

A year later, while I am nowhere close to fulfilling my 2020 resolution of getting six pack abs, the Redmond, Washington-based company has made some headway towards its goal. Here’s a look at the key updates. 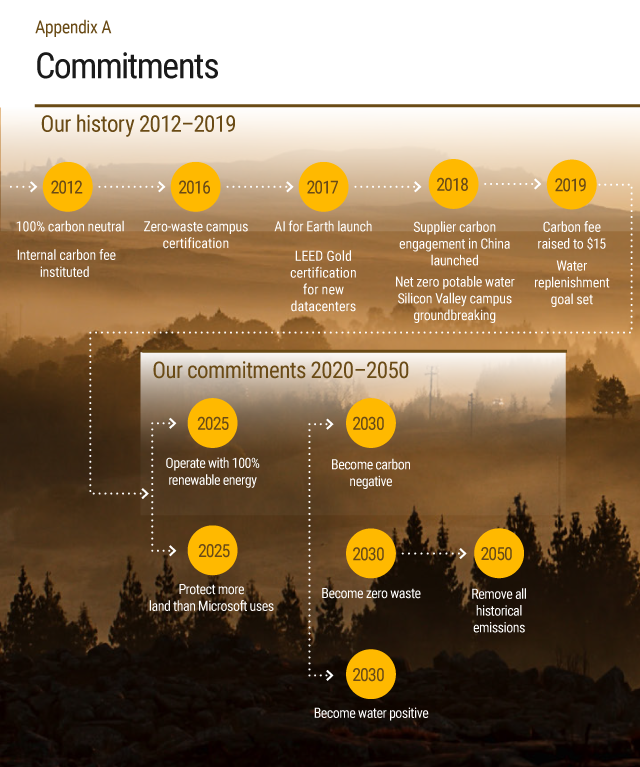 In 2020, Microsoft said it expected to emit 16 million metric tonnes of carbon through the year.

“Of the total, about 1,00,000 is expected to be scope 1 emissions, about 4 million scope 2 and the rest of the 12 million tonnes scope 3. Given the wide range of scope 3 activities, this higher percentage of the total is probably typical for most organisations,” president Brad Smith had said in a January 2020 blog post. 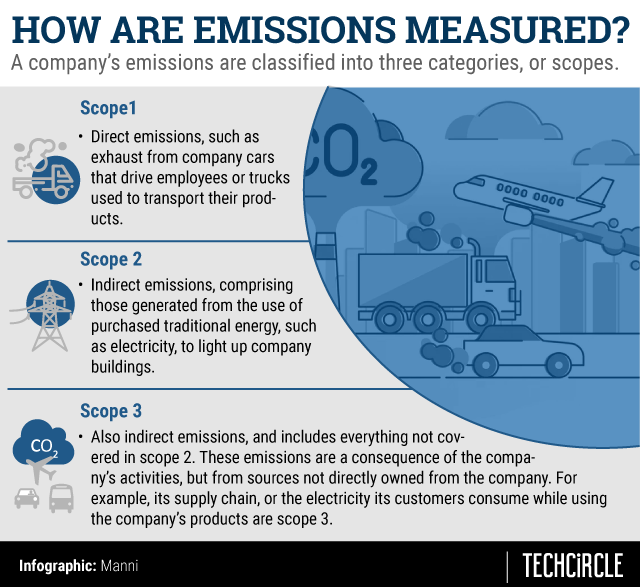 “By 2030, our goal is to cut our emissions by more than half. This means that if we sustain and then improve upon these reductions for 10 consecutive years, we will reach and hopefully exceed this goal,” Smith said in the one-year update.

So, apart from reduced activity due to the pandemic, what helped the company cut emissions?

1. It expanded its internal carbon tax to include scope 3 emissions.

“For years, we have applied an internal carbon tax to our scope 1 and 2 emissions. This meant that each part of Microsoft paid internally (at a rate of $15 per metric ton) for the carbon emitted for its direct emissions like travel and electricity. At the start of our new fiscal year this past July 1, (Microsoft CFO) Amy Hood expanded our internal carbon tax to include scope 3 emissions, beginning with a lower rate of $5 per ton that will increase each year,” Smith said.

2. It changed its supplier code of conduct, requiring a greenhouse gas emission disclosure from suppliers to reduce their emissions.

3. It launched a new offering, Microsoft Sustainability Calculator, to offer its cloud customers transparency into their total carbon emissions – scopes 1, 2 and 3 – resulting from their cloud usage. Using AI and advanced analytics, the Microsoft Sustainability Calculator provides actionable insights on how to reduce emissions, the ability to forecast emissions, and simplifies carbon reporting.

4. In FY20, Microsoft emitted 11,164,000 metric tonnes of greenhouse gases. It purchased the removal of 1.3 million metric tonnes of carbon from 15 suppliers across 26 projects around the world, marking what it claims to be the largest annual carbon removal purchase any company has ever made.

6. It established a $1 billion Climate Innovation Fund to primarily invest in new technologies. It has already backed Swiss company Climeworks, which uses renewable energy to captures carbon dioxide from the air; Congruent Ventures, an early stage venture capital firm focused on decarbonization and climate across energy, mobility, agriculture and industrial sectors; and Southeast Asia Clean Energy Facility (SEACEF) to accelerate deployment of large-scale and scalable clean energy projects and businesses in emerging markets. It has also invested $50 million in venture capital firm Energy Impact Partners’ (EIP) global platform to help with the innovation of new technologies to transform the world’s energy and transportation systems, two sectors that account for the majority of greenhouse gas emissions.

7. It partnered with eight corporations -- AP Moeller-Maersk, Danone, Mercedes-Benz, Natura, Nike, Starbucks, Unilever and Wipro -- to launch a coalition, called Transform to Net Zero. The coalition aims to accelerate business action toward a net zero carbon economy and create playbooks on how to achieve that goal.

The company has also set micro goals to help it achieve its bigger objectives.

Effective from the financial year starting July 2021, the company will include progress on sustainability goals as a factor to determine executive pay for the senior leadership team, including CEO Satya Nadella.

Additionally, it aims to power all its data centres with renewable energy by the middle of the decade, and eliminate dependency on diesel fuel, which is used in data centre generators, by 2030. Emissions from diesel, however, make up less than 1% of the overall emissions

While carbon seems to be the company’s focus area, it has also made some progress in water and waste segments.

It looks to become water positive by 2030, which means the company intends to replenish more water than it uses. “We’ll do this by putting back more water in stressed basins than our global water consumption across all basins. The amount returned will be determined by how much water we use and how stressed the basin is,” Smith said in a September 2020 update.

Microsoft has pledged to become a zero waste organisation -- comprising only its direct operations, products and packaging -- by 2030.

The company will reuse and recycle the waste generated by building what it calls Microsoft Circular Centers in its data centers. The 3 million servers in its data centres have an average lifespan of five years. Once decommissioned, the devices will be repurposed or sold. These centres are expected to increase the reuse of Microsoft’s servers and components by up to 90% by 2025.

“By 2030, we will divert at least 90% of the solid waste headed to landfills and incineration from our campuses and datacenters, manufacture 100% recyclable surface devices, use 100% recyclable packaging (in Organization for Economic Cooperation and Development, OECD, countries), and achieve, at a minimum, 75% diversion of construction and demolition waste for all projects,” Smith said in an August blog post.

The company looks to eliminate single-use plastics in packaging by 2025, digitise waste data to improve collection and allow for reduction.

Microsoft has also onboarded to Azure and made public 10 petabytes of environmental and Earth observation data.

Dear reader, here’s a bonus for you for making it to the very end: you can take a look at some key components of Microsoft’s sustainability report on Minecraft, in the form of a Sustainability City Map. The offering from Mojang Studios also includes six sustainability lessons for children. 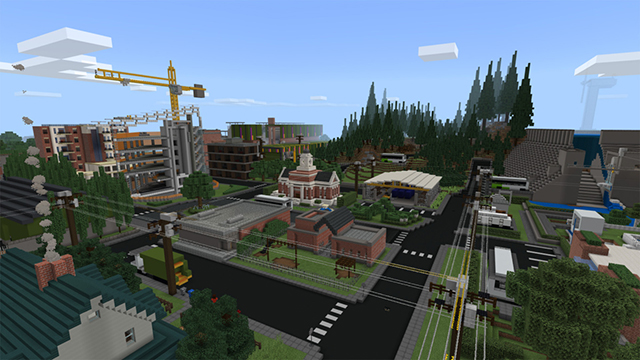 A view of the Sustainable City map on Minecraft | Credit: Xbox