If you’re a 90’s kid, you don’t need an introduction to Grand Theft Auto (GTA). Be it the GTA of 1997 or the latest GTA V, we’ve all wondered how fun it’d be to see a familiar city on the screen. You know who else longed for the same thing? A school-going Mumbai boy named Nikhil Malankar.

Malankar grew up to be an avid gamer and founded bootstrapped GameEon Studios in 2013, and is now set to launch a game, Mumbai Gullies. 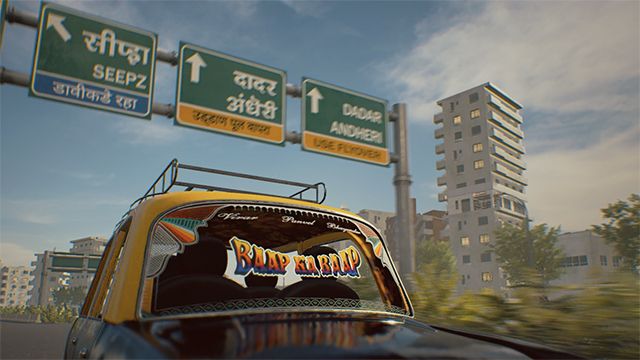 A screengrab of the game | Credit: Mumbai Gullies

Mumbai Gullies is an open-world PC title that is inspired by GTA, but is set in Mumbai and features characters quintessential to the city, 25-year-old Malankar told TechCircle.

The startup will launch the game only in the next couple of years -- more on this later -- but its trailer, which was released earlier this year, has already received over 7 lakh views so far.

“From the very first day, we were clear that the quality (of the trailer) was actually going to be the same as the end product. So, we chose the Unreal Engine and the entire cinematic was shot using it,” he said.

The title will have a gangster storyline, populated with local elements and characters, Malankar said, adding that it’s being written by a “popular Bollywood writer”.

“It will be an action-packed storyline and it will span across three different eras, so you will get to see how old Mumbai was, then how the slightly older Mumbai was, and then the current era,” he said. “The trailer shows the current era -- you can see there are signboards on buses that say ‘no masks no entry’.”

You can also flag down kaali peelis (local taxis), hop on a local train to travel from Borivali to Churchgate and eat vada pavs on the street. 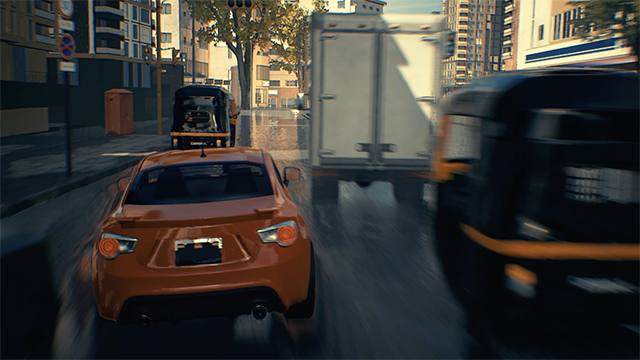 A screengrab of the game. Credit: Mumbai Gullies

The young founder and his team of about 30 people want to build a product better than GTA V, and not just in terms of storyline.

Taking on a classic like GTA V, which has sold 140 million copies so far, is no easy task (just ask the teams behind Grand Heist Online and Mad City Crime). In fact, word has it that GTA developer Rockstar Title is also working on the next edition of the franchise.

Malankar envisioned a GTA-like game for India way back in 2009. Four years later, armed solely with passion for gaming and zero experience, Malankar started GameEon with a few friends.

In the first two years of existence, they developed five mobile games, but didn’t generate any revenue. The team did not monetise the titles, but made some money through app and web development services.

“Initially, I was of the opinion that having ads would obstruct the gameplay and not lead to a good user experience. But then, we realised that everyone monetised through ads, so we began to monetise our games too,” he said.

While this helped, it wasn’t enough for the company to scale.

At the end of December 2016, Malankar ended his stint at GameEon.

In 2017, he joined game development studio Talking Pixels and learned the tricks of the trade from founder Sanjay Soni.

In 2018, he rebooted GameEon, with a focus on game development services, and provided services to multiple brands, including Nazara and ICICI Bank.

And the Covid-19 lockdown helped it soar. The company acquired smaller games to build its portfolio and make money through them.

“Up until November 2020, our portfolio on Google Play Store had 40 games with over 100 million downloads,” Malankar said. The portfolio generated about $40,000 every month for the firm until October. Now, it is building another portfolio, which is expected to bring about $25,000 a month in about four months, he said.

The combined capital from these portfolios, game development services and a separate crowdfunding campaign on Mumbai Gullies website is driving the game’s development and operational costs. Malankar said that the entire project is estimated to cost about Rs 21 crore.

The company is currently not in talks with external investors to raise capital, Malankar said.

So, what’s the end game?

The development timeline for Mumbai Gullies is two-three years, but the game will be launched in phases.

The first two phases -- alpha and beta -- will be smaller buggy versions, and be accessible to those who back the company via the crowdfunding campaign. This will not only generate hype for the title’s third and final release, but also help GameEon gather player feedback to weed out bugs and other issues, Malankar said.

The game will be sold digitally on Steam and Epic Games, with multiple DLCs (paid downloadable content) -- basic, silver, gold editions -- on offer. The studio is also in talks with a distributor for the sale of physical copies.

“The sales we want to achieve to break even on this project is around 4.2 lakh copies. So, if we are able to cross that mark, it’s profit for us, and India’s population is much more than that,” Malankar said.