The Ashwini Gudalur Adivasi Hospital, about 50 kilometres from Ooty, is a remote community health centre located in the hilly terrain of the Nilgiris. The nearly 30-year-old hospital is at the forefront of the healthtech revolution, courtesy to an artificial intelligence-powered AI100 machine from SigTuple, a Bengaluru-based health-tech startup.

Co-founder and CEO Tathagato Rai Dastidar told TechCircle that the tabletop device can automatically screen blood samples and give results in less than a minute.

Diagnosing diseases, as medical dramas ranging from House MD to The Good Doctor have established, is a cornerstone of treatment.

A complete blood count (CBC) test is typically conducted to detect a disease and depending on the results, a blood smear is prepared for microscopic analysis.

However, manual microscopic review is both long and inefficient.

Most pathologists across India manually screen blood slides using a microscope, which takes about four to five minutes per case as they identify every single cell type and count them.

This can be a stressful process, especially on days when there are 100s of samples to screen. The reviewers’ eyes could get strained or worse and they could even miss a few cells and make an error in the diagnosis.

Further, while there are more than 600 million samples that require up-close screening every year, the number of pathologists cannot match the demand.

SigTuple’s AI100 tackles these challenges by using digital microscopy in conjunction with a layer of AI. 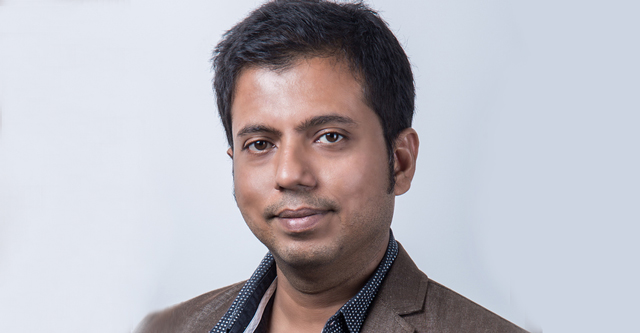 “You create a blood smear the way it is done now, but instead of sending it to a pathologist who looks at it under the microscope, you put it into our machine, which takes high resolution, high magnification images of the blood slide, and then uploads them to the cloud,” said Tathagato Rai Dastidar.

He was explaining the SigTuple's digital microscopy system.

Once the sample is uploaded, it is being processed by an AI model which brings out all the characteristics associated with the specimen.

The system identifies the cells in the blood smear and accordingly classifies them as normal or abnormal.

According to Pranat Bhadani, president of business growth and strategy at SigTuple, “The AI looks at all cell types, doing the classification and bucketing, while also giving the visual evidence for every detected parameter.

So, if the model says that this sample has 50 neutrophils, it will also show 50 patches of neutrophils, allowing the pathologist to quickly see and move on to the next bucket.”

Neutrophils are a type of white blood cells (WBCs) and their increased levels in blood indicates infection or injuries.

The model has already surpassed the accuracy of manual microscopy and continues to improve with every passing day, he said, adding that the AI has been trained on a diverse set of lab samples, covering people from various demographics and regions to avoid biases.

It can even flag those rarer cells, such as those indicative of cancer, that could be missed in manual screening.

“AI engines developed by Sigtuple are able to deliver specificity greater than 99% and sensitivity above 98% for all classes of WBC identification,” Ranjith Menon, partner and executive director at Chiratae Ventures told TechCircle.

Chiratae is one of the investors in SigTuple, which had raised about $40 million across multiple rounds.

The company says that the results from its AI are made available to the pathologist on a web browser.

The pathologists then needs to review the report, backed by visual evidence, and approve it. Since the process is remote, pathologists do not need to be in a lab. This way, the sample and patient could be in a remote region like Gudalur but the doctor could be sitting in Bengaluru or Mysore or Chennai and still be reviewing the report, prescribing the emergency treatment.

Currently, the sample has to be shipped to the pathologist and the clinician has to wait to start the treatment of the patient.

“We have over 200,000 labs and collection centres in India while the pathologist count hovers around 19,000. Artificial intelligence solutions built by SigTuple can aid doctors to make better decisions faster.

AI can positively impact the early-stage diagnosis of certain medical conditions, which could lead to interventions early hopefully at lower costs leading to better outcomes for patients,” Menon added.

Including the latest installation in Gudalur, SigTuple has conducted 15 odd deployments of AI100 across Indian cities and towns.

The company offers solutions for blood and urine analysis through the same machine and charges about Rs 15 lakh as the upfront cost. There’s also a monthly fee of Rs 10,000-15,000 for cloud, AI support and maintenance.

Notably, Sweden-based CellaVision is also active in the same space. However, Dastidar says that CellaVision’s technology is at least 2 to 3 times more expensive. Also, it requires automated smearing and staining to work, which adds to the cost of operation and is not feasible for use in India or other emerging markets.

On the other hand, SigTuple’s own AI system has been trained to identify cells accurately even when the slide has been manually prepared.

Moving ahead, SigTuple plans to expand the reach of its device and make it available to small and mid-sized labs across India and around the world.

“The cell morphology remains everywhere. If we can do this in India, we can do it in anywhere in the world,” Bhadani said while noting that the company is in talks with global distributors and has already recieved CE certification that is required to market the product in European Union and several other countries in Asia and Africa.

In India, considering the current demand, they anticipate that over 100 hospitals will use the product within the next 12 months, resulting in 100% year-on-year growth in revenue.

Since the cost of the machine could be a roadblock against adoption in rural areas, SigTuple is also looking to partner with the corporate industry – like the Silicon Valley Bank for Gudalur – to leverage their CSR budget and make the machine widely available.

The company is also looking at expanding the capabilities of its device beyond blood and urine analysis and enable bone marrow analysis, body fluid analysis, TB detection, among other things.

The company has also conducted a study that shows their AI can detect Covid-19 with the accuracy of rapid antigen test by assessing the morphology of cells, although that effort requires extensive training of doctors and is not actively being pursued at the moment.

“Emergence of technologies like AI, cloud, etc has the potential to break this paradigm of having to reach the hospital for screening and diagnosis which can now move closer to the patient and hospitals can focus on therapy.

While healthcare is more complex with multiple stakeholders like regulators, governments, etc, these technologies have the potential to transform the way healthcare can be delivered in the future,” Chiratae’s Menon said.

According to RBSA Advisors, a global valuation and transaction advisory firm, the industry could become a $50 billion opportunity over the next 10 to 12 years.