The first day of Microsoft Ignite has seen a number of key announcements across a wide range of sectors. One of its biggest headlining acts is Microsoft Mesh for Teams, a workplace metaverse that showcases the company’s vision behind the future of virtual and hybrid workspaces. Alongside Mesh, Microsoft also showcased a number of improvements to Office with Loop, a new, collaborative creation tool. It also announced improvements to Viva, an enterprise information hub of sorts for employees. Also announced as part of the Office suite is Context IQ – a predictive AI engine for contextual assistance that will first show up in Microsoft Editor. Azure, one of the biggest money spinners for Microsoft, also received a number of updates that include new data analytics, infrastructure, networking and storage products.

Microsoft Mesh: a ‘metaverse’ for work

Microsoft Mesh is a collaborative virtual workplace environment, which brings together a number of previously existing Teams features such as Together Mode, and puts it all in a virtual, simulated workplace environment. The projection of virtual user avatars within the Teams platform is mighty similar to how Facebook projected its vision of an augmented reality social media future with the Metaverse, so naturally, parallels have been drawn. 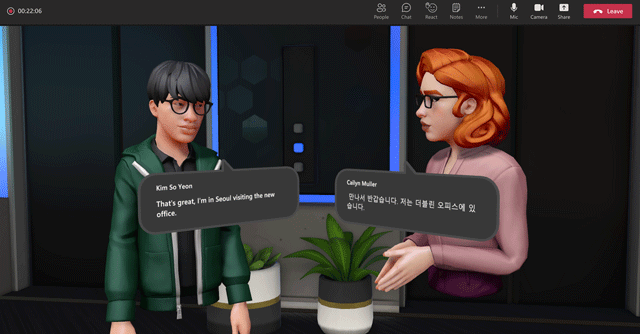 A preview of Mesh for Teams is tipped to be released in the first half of 2022, in which it aims to showcase AI integrations that can put all virtual avatars of users in a shared space, such as a virtual room. What’s interesting is how Microsoft states that Teams will allow enterprises to build multiple metaverses for various groups of employees to interact in, virtually. Microsoft states that it will use its multiple AI products to bring together features such as realistic hand gestures and face animations of virtual avatars.

Talking about the enterprise metaverse, Microsoft CEO Satya Nadella said at Ignite, “Mesh brings together IoT (internet of things), digital twins and mixed reality. With our metaverse stack, you can start with the digital twin, building a rich digital model of anything physical or logical — whether it’s assets, products, a complex environment spanning people, places, things, and their interactions. The digital twin is bound to the physical world in real time so you can monitor the environment and collaborate within it using mixed reality. You can run simulations. You can apply AI to analyse and predict future states.”

Nadella also told Bloomberg that Microsoft “absolutely” plans to build metaverses for Xbox, hence confirming that it does not plan to limit its metaverses to workplaces. Nadella mentioned Halo, Minecraft and Flight Simulator, pointedly some of Microsoft’s most successful gaming franchises, as potential first candidates for a gaming metaverse – but did not share a timeline for when might users get to see any of the potential gaming metaverses in action.

The Microsoft Azure cloud platform has also received a comprehensive set of updates across a wide variety of sectors. These include updates to Azure Cognitive Search, which now supports more than 50 languages for preview searches. It has also introduced Azure Cognitive Services, which brings together a number of its services such as text analytics, speech and vision recognition, natural language understanding and more, for enterprises to use as collective services. 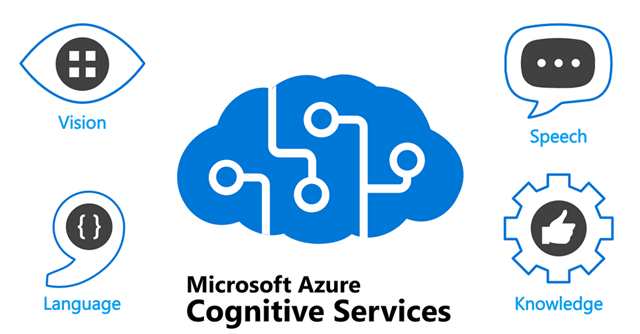 Other Azure services spoken about at Ignite include Azure OpenAI Service that gives access to the OpenAI GPT-3 language model for enterprises. The service will only be offered to a select few to begin with, through an invite only model of Azure Cognitive Services. Microsoft has also added more pricing details and flexible enterprise plans through Azure CosmosDB database services, addition of real-time telemetry and log data analytics to Azure Synapse Analytics, a preview of SQL Server 2022, and more. 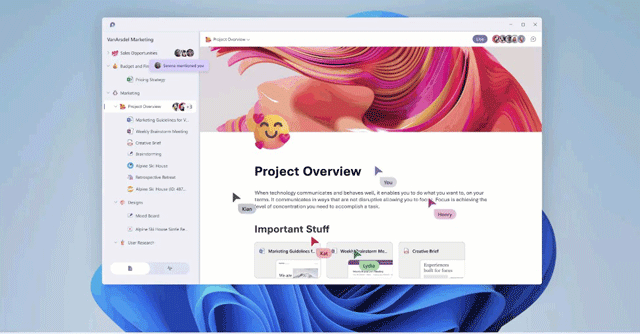 The service also gets Microsoft Viva, which is an added take on virtual, collaborative workspaces by Microsoft. Describing the need for Viva, Jared Spataro, corporate VP of Microsoft 365, said at the event, “The employee experience is no longer defined by or tethered to a physical location. We need new ways to keep employees engaged and informed, all in the flow of work. That’s where Microsoft Viva comes in.”

The company has also notably announced the integration of Context IQ, a native AI engine that will reside in Microsoft 365 tools to offer predictive, assisted services within the 365 suite. The Microsoft Editor will be the first sub-service to get Context IQ, within Microsoft 365.

Other updates announced by Microsoft on day one of Ignite include advancements in the Microsoft Power Automate platform to help robotic process automation (RPA) infrastructure become more scalable. The company also announced cloud-based overhauls to the Microsoft Customer Experience Platform. Alysa Taylor, corporate VP of industry, apps and data marketing at Microsoft, said, “We are announcing innovation across the Microsoft Cloud that will allow every organisation to build a hyperconnected business, providing the agility and flexibility for organizations and employees to thrive now and into the future. In order to be successful given these trends, every organisation must move beyond ‘business as usual’ and toward a new model of hyperconnected business.” More announcements should be on the way, as Ignite day two comes along.