However, while Facebook focuses on building products that will bring consumers into the metaverse, Microsoft wants to focus more on enterprises. “Let’s start by defining the term, and no, it is not the metaverse first imagined by Neal Stephenson,” the company said in a blog post. American novelist Stephenson is widely credited for coining the term metaverse in his 1992 novel Snow Crash.

“As enterprises accelerate their digital transformation, the metaverse can help people meet up in a digital environment, make meetings more comfortable with the use of avatars and facilitate creative collaboration from all around the world,” the post added.

The company said its cloud platforms allow customers to create “digital twins” of physical objects in the cloud, while its collaboration communication platform Microsoft Mesh allows a “shared sense of presence” on devices. Mesh had been demoed to journalists around the world earlier this year, and Microsoft has been working with mixed reality since announcing its first-generation HoloLens back in 2015.

At the Ignite conference, the company announced two new products, called Dynamics 365 Connected Spaces and Mesh for Microsoft Teams. The first “provides a new perspective on the way people move and interact with nearly any space, from the retail store to the factory floor, and how they manage health and safety in a hybrid work environment”. It can be used by retail outlets to manage customer queues, gauge effectiveness of displays and more, while manufacturing companies can use it to “detect errors in real-time to help improve accuracy and avoid unnecessary waste”.

“Dynamics 365 Connected Spaces will continue to expand with skills in a variety of industries and key scenarios to help improve visibility, enhance employee and customer experiences, and drive operational efficiencies,” said Vishal Sood, General Manager of Connected Spaces, in a separate blog post. 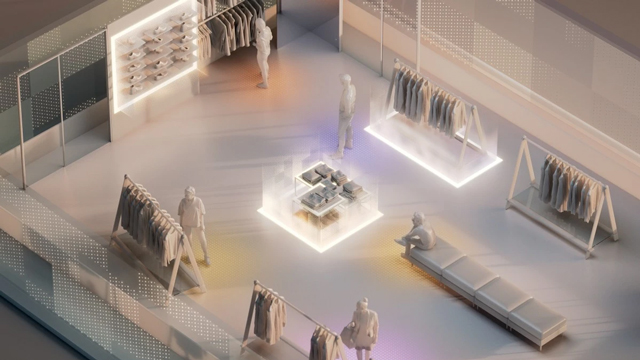 Mesh for Teams, on the other hand, allows people using Microsoft Teams to run meetings using personalized avatars and immersive spaces that can be accessed from any device “with no special equipment needed”.

That said, the company isn’t quite ‘shifting’ focus to the metaverse yet, it’s only recognizing the concept’s importance. Microsoft also announced the Azure OpenAI Service, which will offer customers access to artificial intelligence (AI) models from research company OpenAI. The platform will be invitation only at first and Microsoft didn’t say when it will be open to all customers.

Further, the company announced Teams Shared Channels, which allows users to invite an external team to securely join a channel on Microsoft Teams. A second feature, called Chat with Teams will allow people using an enterprise Teams account to chat with external users who aren't on the same network, while remaining within the company’s compliance protocols. The two features are updates to Teams Connect, which Microsoft announced earlier this year to facilitate enterprise communications with external users.