Dell’s gaming brand, Alienware, is building technology that will allow gamers to move games from one screen to the next instantaneously, much like how we move music or videos across devices right now. The company unveiled its new Nyx software at CES 2022, which lets gamers stream PC games on virtually any screen at their home. The concept will allow streaming of up to four games at a time.

The company calls this Concept Nyx, and the tool essentially allows gamers to stream games through a Dell app on multiple devices. The company had also showcased a prototype controller at CES 2020, called Concept UFO, which pairs with devices and could become the primary mode of contact with its streaming software. Game streaming services like Google’s Stadia platform also come with their own controllers. 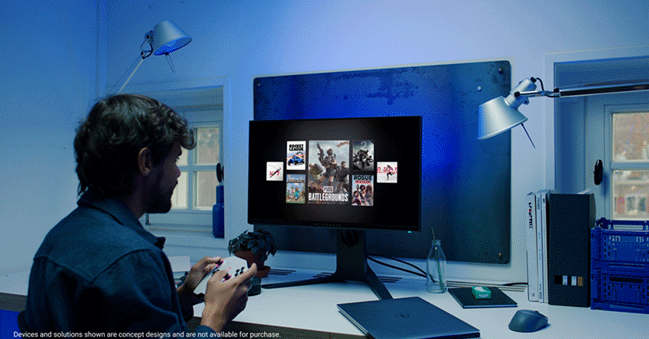 Unlike Stadio though, Dell’s Nyx software has a big hurdle right now. The Concept Nyx model requires a powerful PC to go with it right now, which can’t just handle running multiple high-end PC games at the same time, but can also handle the networking requirements for splitting such games over a network. Not to mention the fact that such streaming requires low-latency streams, which requires not just good internet connectivity, but really powerful machines as well.

That said, Concept Nyx seems to have one primary difference from Google’s Stadia platform or Amazon’s Luna. Both of these platforms are designed as subscription platforms that allow users to access multiple games by paying for the service. Instead, Dell’s platform seems to be about streaming games that the user already owns.

To be clear, Dell has neither clarified whether Nyx will be a paid service, or whether it will be tied to special hardware. But owning games will theoretically allow users to download them onto one device, which can then stream them over a local area network. 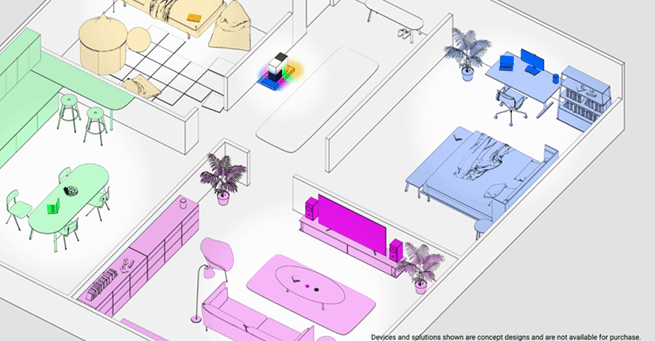 The high intensity games that Alienware devices are known to support would be much more difficult to stream on multiple devices over the internet, and Dell’s concept imagery makes it quite clear that there’s a central device that’s meant to be placed at a central location to stream games all over the home.

Furthermore, Concept Nyx may already have competition from one of the biggest PC gaming companies in the world — Steam. Valve, which owns Steam, had unveiled Remote Play Anywhere last year, which also allows gamers to share games they already own with friends. The feature is already available to users, and for free.