Ad-tech leader InMobi’s lockscreen platform Glance was already a unicorn. On Monday, it announced a $200 million deal from billionaire Mukesh Ambani’s Jio Platforms Ltd.. In an interview, co-founders Naveen Tewari and Piyush Shah explained what this money will be used for and the synergies between Glance, Roposo and Jio. Edited excerpts:

Jio now owns a 17% stake in Glance. What prompted you to do a deal with a conglomerate that is otherwise known to take majority stakes in companies?

Tewari: Fundamentally, Glance is trying to redefine consumption on mobile phones. We’re trying to create a surface operating system. Jio is one of the most advanced telcos in the world. The fact that they got investments of $20 billion plus is indicative of where they stand and how they think about the world. But they cannot build every technology in-house. Therefore, I think, they have evolved their strategy to actually do a lot of minority investments. They invested about $200 million at a certain valuation and then there’s a business partnership that also has a separate construct, and net all is what you see as 17%. We also have Roposo, which is a live entertainment and commerce platform. And live commerce is going to be an absolutely new paradigm, and a partnership with Reliance Retail is going to be a very powerful thing for India.

Is Akash Ambani going to be involved in strategic operations?

Tewari: Yes. He’s the one who leads Jio. So, I think he’s going to be very deeply involved in the partnership. 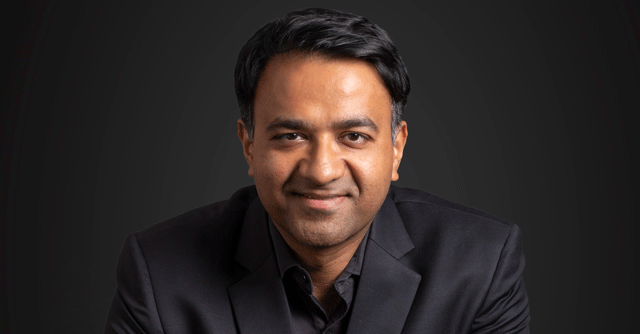 When you talk about a surface operating system, do you think of the metaverse, and a future where we interact with screens instead of devices?

Tewari: When you think about surfaces, you have to think very differently. What you see today is Version 1.0 of 4-5 years worth of research that has gone into reaching this level. What you’re articulating is what are the possibilities of a surface, especially in the environment of 5G where the compute can happen. It’ll be hard for me to call out where it will be, but the possibilities you articulated are clearly one of the big dimensions where this will head to.

Shah: There are two things we’re clear about what we’re solving through Glance. One was betting on a valuable piece of real estate, which is the lockscreen. The second thing is what we call a very different type of internet, that consumers can discover on the lockscreen — an internet where there’s no need to search, where it sort of curates and serves what it believes is relevant for you. An internet where there’s no need to download apps, because whatever is the best form of an app is being served to you on the lockscreen.

How big is the market for live commerce, and how do you define it?

Tewari: What we’re trying to say is that there are products that you know that you want, and products that you need to get inspired to buy. Inspiration of products does not happen in today’s commerce; it happens because somebody stands there and talks very passionately about something. Globally it’s just starting to surface, but it’s already taken China by storm. I would argue that about 20% of Chinese e-commerce has become live commerce in the last three years. It’s a phenomenon that’s going to hit the world like anything.

Since these products are in their infancy, how’s the monetization part working out?

Tewari: That’s why we raised money. The focus from the Glance side is to get on a billion devices. We’re on 400 million devices right now. Second, we want every show on Roposo to get to 100,000 to a million concurrent viewers. In a city there are crowded streets and non-crowded streets. Crowded streets are where everyone wants to be because there’s something happening. Can I create these crowded streets in the Internet world, and the live environment, where a lot of people are coming together and watching this, and do this across the globe? Monetization is easy. I can monetize Glance through advertising, transactions, gaming, etc. While Roposo monetization includes digital transactions, selling products, and more.

What about feature phones? Platforms like these require high bandwidth and smartphones?

Tewari: That’s why we partnered with Jio. What Jio is doing with the new PragatiOS is saying that no one across the country should be left without a smartphone. Our way of reaching that audience is through the JioNext phones.

Will Google and Facebook/WhatsApp also have a role in this partnership?

We don't know exactly what components are happening (in JioNext phones), but, you know, reading most of the material that you guys put out there, I think it's already happening to a great extent. So, I think Jio is at the centre of its own world that they are creating and they have brought in all the key players. They brought in Facebook, Google, Microsoft and they brought in players like us to support them in their evolution.