Metaverse platforms may give e-commerce a new spin

On Thursday, Gurugram-based startup NFTically, which specializes in offering non-fungible token (NFT) services, unveiled its own metaverse, called Comearth. The virtual space, designed as a replica of Earth, will allow brands to purchase parcels of virtual land and build virtual structures on that land.

Toshendra Sharma, founder and chief executive of NFTically, envisions the platform as a new kind of e-commerce marketplace. He said that the platform will be open for brands all around the world, who can buy land at $200 (around Rs 15,500) for a single unit – around 9,700 square feet of virtual space.

While this price is largely fixed for now, Sharma said that this may change in future. Unlike most metaverse platforms, transactions on this virtual marketplace aren’t conducted using cryptocurrencies, and will instead allow brands to make regular fiat transactions.

The launch of Comearth underlines increasing interest in metaverse platforms from a wide variety of brands, which Indian startups are now looking to cash in on. NFTically’s platform will become accessible from August this year, and Sharma said he plans to onboard more metaverse storefronts by then.

NFTically isn’t the only firm in India looking to give e-commerce a virtual spin though. Indian virtual reality and video game development company, Gamitronics, launched its own metaverse platform – Partynite – on January 26 this year. While the platform launched with a metaverse concert featuring Punjabi pop singer Daler Mehndi – who had also bought virtual land on the platform – it has since diversified to include brand stores in it.

Rajat Ojha, founder and chief executive of Gamitronics, said that the company is working with a number of brands today to build metaverse experiences. Among their clients is an Indian cafe chain, which Ojha said is experimenting with a metaverse store on Partynite.

“Users can visit the coffee shop in the metaverse and order a coffee, which will be delivered to their homes. This helps build a unique combination of physical and digital experiences, which is more immersive than before,” added Ojha. He requested the brand to not be named, since the particulars of the deal are still being worked out.

E-commerce companies themselves are also exploring the metaverse as a concept. On April 28, Indian e-commerce platform Flipkart announced that it is setting up Flipkart Labs in Bengaluru, which will work on developing blockchain and metaverse-based use cases, including virtual immersive storefronts. 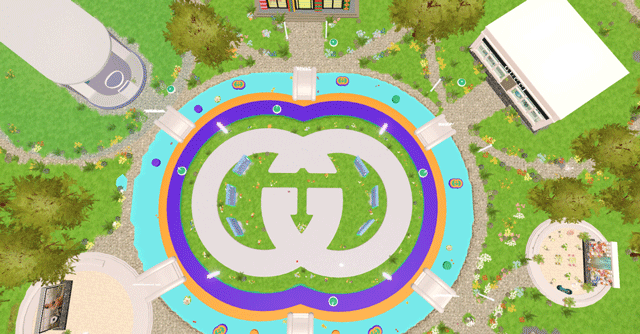 Globally, clothing brands like Vans, Adidas and Gucci have explored metaverse stores. In May last year, luxury fashion brand Gucci partnered with metaverse platform Roblox, to build a “Gucci Garden” on the platform. The company has since expanded these efforts to something called “Gucci Town”, which is a dedicated space inside the Roblox platform, where users can dress their avataars and order clothes from Gucci.

That said, overall interest in metaverse stores still appears to be at a nascent stage, both India and around the globe. While Partynite eventually wants to onboard brand stores, it has still largely held one-off events only. These include a promotional event for Indian beverages brand McDowell's in March this year, as well as the announcement of Telangana’s state space-tech policy on April 18.

The market opportunity for virtual e-commerce platforms, however, could run into billions of dollars going forward. “In the next ten years, the metaverse will reach a billion people, host hundreds of billions of dollars of digital commerce, and provide jobs for millions of creators,” wrote Ashish Pherwani, partner and media and entertainment leader for consultancy firm Ernst & Young (EY) India, in an April blog post this year.

Pherwani added that the early adopters of metaverse platforms will not only need to recreate existing physical facilities, but add value to it as well. “The time to start building familiarity with the new technology is now,” he said.