Haptic gloves are allowing users to touch and feel in VR

Last November, Meta’s (formerly Facebook) Reality Labs unveiled a pair of haptic gloves that could help a computer program accurately understand and reflect a wearer’s hand movements. The gloves could also simulate complex sensations such as pressure, texture, and vibration.

The idea behind the gloves was to make virtual objects feel real in the hands of the wearer, and add the sense of touch to virtual reality simulations. Meta’s gloves, which are in the prototype stage, use sensors to read signals the human brain sends to our hands through the neurons, and relay the same to a computer.

But while Meta’s gloves are still in the prototype stage, Indian companies like AjnaLens and Simulanis are already selling haptic gloves with similar technologies to customers.

According to industry executives, large companies using VR to train workers on handling complicated equipment in mining, manufacturing, and automotive industries, have started or are planning to use such gloves to improve the learning experience. 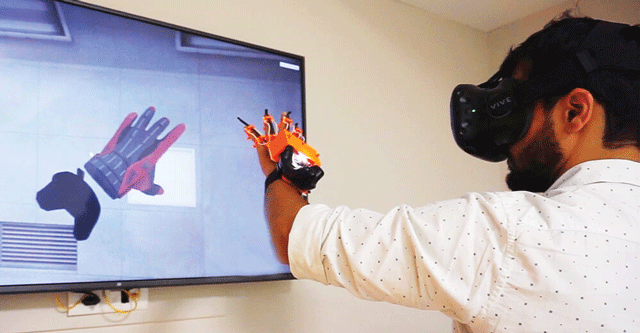 Abhishek Tomar, co-founder, and chief technology officer at AjnaLens, explained that Vedanta uses large machines, called mining rigs, at its mines. These rigs have 12 types of gears and levers and drivers have to be properly trained in order to use them accurately.

Adding the gloves allows the experiences to become “phygital” instead of a purely digital experience. Trainees can now push, pull or rotate levers in the virtual world, and create muscle memory in the process. 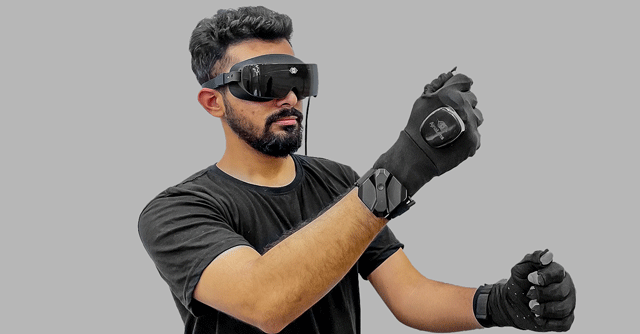 “The fact that they learn to navigate real-life challenges in the digital space makes the training both safe and cost-effective,” a spokesperson from Vedanta said in a statement to Mint.

Vedanta isn't the only company that is interested in such experiences either. Tomar said that Tata Motors is also going to use haptic gloves for driving and other simulators.

“The gloves have gathered a lot of interest from many of our existing clients, especially those belonging to the manufacturing sector, like automotive, oil and gas, pharmaceutical, and FMCG,” said Raman Talwar, chief executive and founder-director of Simulanis. The healthcare and skilling sector are also producing some demand, he said.

According to Talwar, gloves like these allow motion tracking for the user’s entire hand and how it moves, including the fingers. The haptic feedback, in turn, provides the user a more “realistic and engaging” experience, he said.

In addition to companies, educational institutes are also expected to use such gloves for training and skilling. AjnaLens’ Tomar said the company is planning to make its gloves available to technical institutes. He estimated that around 50,000 students from various technical institutes in India will have access to the gloves by the end of the year.

The company has made its haptic gloves part of a full suite of offerings, under something called AjnaXR Station. It includes a VR software platform, VR headset and gloves. Simualnis, on the other hand, offers its gloves as a standalone offering. They can be bought for Rs. 75,000 to Rs.1,00,000 and used with VR platforms like HTC’s Vive, Meta’s Oculus headsets and Microsoft’s Windows.

Tomar said that the adoption of haptic gloves is just the beginning and will lead to demand and development of more such accessories. “Gloves only provide feedback for the hand. When people realize the potential of the technology and want more immersive VR experiences, more accessories will come into the picture,” he added.