Why Jeff Bezos is our greatest living CEO 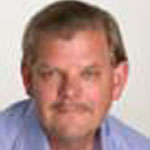 The Harvard Business Review recently published its list of the 100 Best Performing CEOs. This list is better than most because it looks at long-term performance of the CEO during his or her time in the job - with many on the list in service more than a decade.

#1 was Steve Jobs. #2 is Jeff Bezos - making him the greatest living CEO. It is startling just how well these two CEOs performed. During Jobs' tenure Apple investors achieved a return of 66.8 times their money. During Mr. Bezos' tenure shareholders achieved a remarkable 124.3 times return on their money. In an era when most of us are happy to earn 5-10%/year - which equates to doubling your money about once a decade - these CEOs exceeded expectations 30-60 fold!

Both of these CEOs achieved greatness by transforming an industry. We all know the Apple story. From near bankruptcy as the Mac company Mr. Jobs led Apple into the mobile devices business, and created a transformation from Walkmen, Razrs and PCs to iPods, iPhones and iPads - to the detriment of Sony, Motorola, Nokia, Microsoft, HP and Dell.

The Amazon story is all the more remarkable because it has been written in the far more mundane world of retail - not known for being nearly as fast-changing at tech.

Lest we forget, Amazon started as an on-line seller of books frequently unavailable at your local bookstore. "What's a local bookstore?" you may now ask, because through continuous upgrading of its capability to build on the advances in internet usage - across machines, browsers, wi-fi and mobile - Amazon drove into bankruptcy such large booksellers as B.Dalton and Borders - leaving Barnes & Noble a mere shell of its former self and on tenous footing. And the number of small bookshops has dropped dramatically.

But Amazon's industry transformation has gone far beyond bookselling. Amazon was one of the first, and by most users considered the best, at offering a complete on-line storefront for any retailer who wants to sell goods through Amazon's site. You can set up your inventory, display products, provide user information, manage a shopping cart and handle check out all through Amazon - with minimal technical skill. This allowed Amazon to bring vastly more products to customers; and without adding all the inventory or warehousing cost.

As digital uses grew, Amazon moved beyond the slow-paced publishers to launch the Kindle and give us eReaders displacing paper books and periodicals. But this was just the first salvo in the effort to promote additional on-line buying, as Amazon next launched Kindle Fire which at remarkably low cost gave people a tablet already set up for doing retail shopping at Amazon.

As Amazon launched its book downloads and on-line services, it built its own cloud services business to aid businesses and people in using tablets, and doing more things on-line; which further reinforced the digital retail world in which Amazon dominates.

And make no doubt about it, Kindle Fire - and the use of all other tablets - is the WalMart and other traditional brick-and-mortar retail killer. Amazon is now a player in all pieces of the transition which is happening in retail, from traditional shopping to on-line.

Demand for retail space in the USA began declining in 2009 and has not stopped. Most analysts blamed it on the great recession. But in retrospect we can now see it was the watershed year for customers to begin looking more, and buying more, on-line. Now each year growth in on-line retail continues, while demand at traditional stores wanes.

Just look at this last holiday season. To (hopefully) drive revenue stores were opening on Thanksgiving, and doing 24 and 48 hours of non-stop staffing and promotions to drive sales. But it was mostly in vain, as traditional retail saw almost no gains. Despite doing more and more of what they've always done - trying to be better, faster and cheaper - they simply could not change the trend away from shopping on-line and back into the stores.

For the last year the #1 trend in retailing has been "showrooming" where customers stand in a store with a smartphone comparison pricing on-line (most frequently Amazon) to the product on the shelf. Retailers were forced to match on-line prices, despite their higher overhead, or lose the business. And now Target has implemented a policy of price-matching Amazon for all of 2013 in hopes of slowing the trend to on-line purchasing.

Circuit City went bankrupt, which saved Best Buy as it picked up their lost business. But now Best Buy is close to failure. Same store sales at WalMart have been flat. JCPenney recruited Apple's retail store wizard as CEO - but he's learned when you have to compete with Amazon life simply sucks. Nobody in traditional retail has found a way to reverse the on-line shopping trend, which is still dominated by Amazon.

We all can learn from these two CEOs and the companies they built. First, and foremost, is understand trends and align with them. If you help people move in the direction they want to go life is easy, and growth can be phenomenal. Trying to slow, stop or reverse a trend doesn't work, and is expensive.

Second, don't ask customers what they want, instead give them what they need. Customers may be on a trend, but they will frame their requests in the old paradigm. By creating new trend-promoting products and solutions you can capture the customer and avoid head-to-head competition with the "old guard" titans selling the increasingly outdated solutions. Don't build better brick-and-mortar, make brick-and-mortar obsolete.

So, what's stopping you from growing your business like Apple or Amazon? What keeps you from being the next Steve Jobs, or Jeff Bezos? Can you spot trends and provide trend-supporting solutions for customers? Or are you stymied because you're spending too much time trying to defend and extend your old business in the face of game changing trends.

(Adam hartung is the managing director at Spark Partners.)