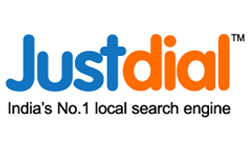 It hit a high of Rs 1,027.5 a share representing market value of Rs 7,179 crore, well above the $1 billion market level. Its share price has retraced its steps and last traded at Rs 865.85 a unit with a market cap of Rs 6,065 crore or just a tad below the billion dollar mark, on Monday (UPDATE: It regained the billion dollar market cap at the end of the trading week on Friday, Oct 18).

However, it remains the most valued Indian consumer internet firm, not counting privately held e-commerce giant Flipkart which is valued much higher as per previous disclosures made by one of its investors Naspers.

Interestingly, both MakeMyTrip and Info Edge had tested the billion dollar market value after they went public but none could hold on to the valuation benchmark. Both saw the share price flare immediately after listing with Info Edge share price doubling on debut day itself.

Info Edge, which went public in late 2006, hit the billion dollar market cap one year after listing. While its valuation hovered around that mark for around a month in intra-day trades, it retained that valuation for around 7-10 days when looked at the end-of-day market cap, that too when the forex rate was around Rs 39.3 to a US dollar. This was also weeks before the stock markets hit the peak of the bull market before crashing in 2008.

MakeMyTrip, which went public in August 2010, hit the billion dollar mark within days of debut and maintained rich valuations for a few months straight and intermittently through much of the following year. However, it lost the momentum over the last two years.

The valuation benchmark does not just give bragging rights but also brings in new investors. This is linked to investment strategy of many institutional investors who include a firm in their investible pool when they hit the benchmarks like a billion dollar market cap.

So can Just Dial hold on to the benchmark valuation? We asked this to various stakeholders and this is what they had to share:

Just Dial CFO Ramkumar Krishnamachari said, "Prices are determined by the market and we have no control over that process. Our focus is completely on scaling up and managing our business efficiently and delivering value to our stakeholders. As such, we hold no view on market value of our stock or on any other stock."

Mukund Mohan, an active angel investor and director at Microsoft Ventures, said that the decline in share price of Just Dial could be a short term phenomena and it will recover.

"I cannot comment on the stock market. All I know is that Just Dial is a strong company with a great product. I don't know what the right valuation of the firm is, and I don't think most people do either. In the long term, they will do well. I think the market valuation may have gotten ahead of itself and this is a correction, but I don't know for sure."

"From a pure economic perspective, the more the disaggregation in supply the more valuable the 'honest broker' in between. Just Dial is the epitome of that model -- millions of customers on one side combined with millions of lead-hungry SMEs on the other," he said.

According to him, one of the outcomes of a two-sided network is that success breeds success, with the largest player increasing the distance between itself and No. 2 with every passing year.

"In my view, the only safeguard to sustain investor interest is continued performance - and statistics tells you very few people can manage that consistently," Dhol said.

According to broking firm Centrum which initiated coverage of Just Dial with a buy rating and a price target of Rs 902 when the share price was Rs 760, it expects the company to triple its net profit to Rs 210 crore for FY16 as against Rs70 crore in FY13 on the back of strong topline growth coupled with significant margin expansion.

In his report dated September 23, analyst Ankit Kedia said, "We believe valuations at 47.9x FY14E and 35.3x FY15E may appear high, but it needs to be seen in context with the strong business model and other operating parameters."

He added that he foresees attractive risk reward for Just Dial as the local search industry is in a sweet spot with increasing internet penetration and shift from voice to mobile & internet. Just Dial, with its asset light business model with negative working capital cycle, has healthy return ratios and there are expectations of high dividend payout.

"We believe stocks with high valuations may not necessarily generate lower shareholder return," he added.

While investors and analysts may debate whether there us any headroom for further price appreciation as the stock price has factored in high growth in the coming years, the existing investors in Just Dial are sitting on huge returns.

For a change, it's not just the private equity investors who came in years before the IPO but also the retail investors who participated in the public issue. The company is backed by names like SAIF Partners, Sequoia Capital, SAP Ventures and Tiger Global. The IPO also saw marquee sovereign wealth fund of Singapore Temasek bet on the company.