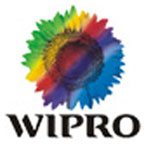 Global IT services major Wipro Ltd has invested $19 million in two undisclosed technology startups, according to its CEO TK Kurien.

"There is innovation capability lying outside the organisation and so there is a need to invest in the same," Kurien said at a Nasscom conference. He did not share the name of the companies nor indicate which domain areas are they engaged in.

Last June, the firm had invested $5 million in US-based Axeda Corporation, a provider of cloud-based services and software for managing connected products and delivering machine-to-machine (M2M) applications. A few weeks before this development, the company announced $30 million investment in Opera Solutions LLC, a privately held and New Jersey-headquartered Big Data analytics firm, for a minority stake.

It is not clear if Kurien was referring to part payments for the investment in these two firms.

Home-grown software and IT services firms have been active in backing as well as acquiring startups in India and abroad. Some of them have also formed an in-house fund to invest in various ventures.

Last September, NASDAQ-listed Indian internet and IT services firm Sify Technologies announced a Rs 150 crore fund focusing on cloud, security and managed services in India. Earlier, Infosys had said it was planning to set up an innovation fund worth $100 million to focus on new ideas, products and platforms. The fund will not only focus on ideas coming from within the company, but will also be used to fund innovations coming from outside the organisation.