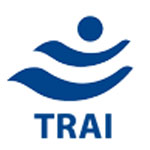 The Telecom Regulatory Authority of India (TRAI) has decided against a proposal from telecom operators to make companies that offer popular services like WhatsApp, Viber and Skype share part of their revenues with them or the government, according to a The Economic Times report.

"The regulator has also shelved plans to initiate a consultation process as it feels that operators are able to offset their losses through the growth in data revenue," the report stated, quoting unknown sources. It further added that one-third of the incremental revenue of the telcos is coming from data services itself.

Telecom operators want over-the-top-players (OTTPs) who use their networks to pay all the fees that carriers pay to the government. This in turn will force these app makers to charge for their apps (which are currently free), bringing them on par with the telcos.

It is important to note that WhatsApp had earlier tied up with Airtel, Tata Docomo, RCom and Uninor to provide WhatsApp only data packs ranging between Rs 36 to 49. Hike had also earlier signed a deal with Airtel to allow its prepaid customers to use the service without any data charges for three months.