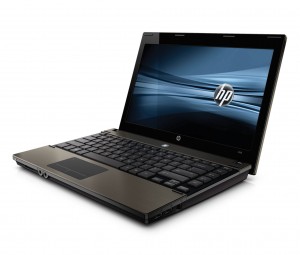 Hewlett Packard is splitting in two. Do you find yourself wondering why?  You aren't alone.

Hewlett Packard is nearly 75 years old.  One of the original "silicone valley companies," it started making equipment for engineers and electronic technicians long before computers were every day products. Over time HP's addition of products like engineering calculators moved it toward more consumer products.  And eventually HP became a dominant player in printers. All of these products were born out of deep skills in R&D, engineering and product development.  HP had advantages because its products were highly desirable and unique, which made it nicely profitable.

But along came a CEO named Carly Fiorina, and she decided HP needed to grow much bigger, much more quickly. So she bought Compaq, which itself had bought Digital Equipment, so HP could sell Wintel PCs. PCs were a product in which HP had no advantage. PC production had always been an assembly operation of other companies' intellectual property. It had been a very low margin, brutally difficult place to grow unless one focused on cost lowering rather than developing intellectual capital.  It had nothing in common with HP's business.

To fight this new margin battle HP replaced Ms. Fiorina with Mark Hurd, who recognized the issues in PC manufacturing and proceeded to gut R&D, product development and almost every other function in order to push HP into a lower cost structure so it could compete with Dell, Acer and other companies that had no R&D and cultures based on cost controls. This led to internal culture conflicts, much organizational angst and eventually the ousting of Mr. Hurd.

But, by that time HP was a company adrift with no clear business model to help it have a sustainably profitable future.

Now HP is 4 years into its 5 year turnaround plan under Meg Whitman's leadership. This plan has made HP much smaller, as layoffs have dominated the implementation. It has weakened the HP brand as no important new products have been launched, and the gutted product development capability is still no closer to being re-established. And PC sales have stagnated as mobile devices have taken center stage â€“ with HP notably weak in mobile products. The company has drifted, getting no better and showing no signs of re-developing its historical strengths.

So now HP will split into two different companies. Following the old adage "if you can't dazzle 'em with brilliance, baffle 'em with bulls**t." When all else fails, and you don't know how to actually lead a company, then split it into pieces, push off the parts to others to manage and keep at least one CEO role for yourself.

Let's not forget how this mess was created. It was a former CEO who decided to expand the company into an entirely different and lower margin business where the company had no advantage and the wrong business model. And another that destroyed long-term strengths in innovation to increase short-term margins in a generic competition. And then yet a third who could not find any solution to sustainability while pushing through successive rounds of lay-offs.

This was all value destruction created by the persons at the top. "Strategic" decisions made which, inevitably, hurt the organization more than helped it. Poorly thought through actions which have had long-term deleterious repercussions for employees, suppliers, investors and the communities in which the businesses operate.

The game of musical chairs has been very good for the CEOs who controlled the music. They were paid well, and received golden handshakes. They, and their closest reports, did just fine. But everyone elseâ€¦.. wellâ€¦..