Earlier VCCircle had first reported that Valyoo is in advance talks to raise funding from TPG and others.

The transaction, which was completed in November, saw TPG bring Rs 120 crore to become the lead investor in the firm. TR Capital has made its first known investment in India through this transaction and put in around Rs 12 crore. 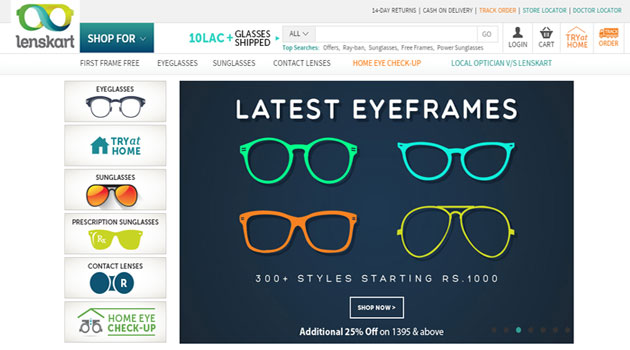 This marks a rare instance of private equity firms coming in at a mid-stage VC deal. PE firms typically come in late stage VC investment stage. Hedge funds have been active in the mid-late stage VC dealmaking in the country for the last couple of years.

Existing investor IDG Ventures put in Rs 3 crore in the latest round, which valued the company at $100 million, sources said.

An email query sent to the company did not immediately elicit a response.

Valyoo Technologies was founded by Peyush Bansal back in 2010 and IDG invested $4 million in the company in October 2011. It had raised Series B round of funding worth $10 million (Rs 53 crore) around two years ago led by Unilazer Ventures, which is owned by media veteran Ronnie Screwvala. IDG Ventures India had also participated in this round.

It used to own and run four vertical e-com properties Jewelskart.com, Watchkart.com and Bagskart.com besides the flagship Lenskart. The firm was reportedly in talks to sell the three other ventures while retailing its main venture Lenskart.

However, these three properties are not operational as of now and have been apparently shut down. Some of them redirect to Lenskart.com.