Within a month of unveiling the Xperia E4 smartphone, Sony has now launched a dual-SIM version of the device in the Indian market. A part of its entry-level E series, it runs on the Android operating system, and sports a 5 inch display.

However, the highlight of the smartphone is the fact that it can run two full days on a single charge (at least that's what the company claims). Sony adds that users can further extend the battery life by using the STAMINA and Ultra STAMINA modes. It is available for purchase for Rs 12,490 in the country.

In addition, Lava's sub-brand XOLO has further expanded its range of smartphones in the country by unveiling a budget smartphone. Christened XOLO Q1001, this one also sports a 5 inch display and runs on the Android OS. While it has been priced at Rs 6,199 in the country, you can get your hands on it online for as low as Rs 5,789. 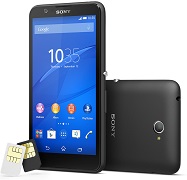 This one sports a 5 inch IPS capacitive touchscreen display (960Ã—540 pixels resolution) and runs on the Android 4.4.4 KitKat operating system. It is powered by a 1.3 GHz quad-core processor and has 1GB of RAM. The internal memory of the device is 8GB that can be further expanded up to 32GB with a microSD card.

It sports a 5 megapixel autofocus rear camera with LED Flash that can also record full HD videos (1080p) at 30 frames per second, and a 2MP front facing camera for video calling that can also record HD videos (720p). Additional features of the camera include touch focus, geo-tagging, face detection, panorama, and High Dynamic Range (HDR), among others. On the connectivity front, the smartphone has Bluetooth 4.1, Wi-Fi, and 3G, as well as a microUSB port and a microSD card slot.

The dimensions of the device are 137mm x 74.6mm x 10.5mm and its weight is 144gm. Sony has provided a 2,300 mAh battery in the smartphone, which it claims will provide up to 12 hours & 43 minutes of talk time, 6 hours & 42 minutes of video playback, and up to 696 hours of standby time. The smartphone comes with GPS (with A-GPS support), FM Radio with RDS, and dual-SIM capability. It is available in white and black colours. 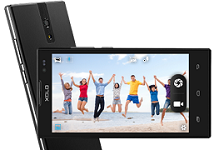 This one features a 5 inch IPS touchscreen display (854Ã—480 pixels resolution) with 196 ppi pixel density and is powered by a 1.3 GHz MediaTek MT6582M Cortex-A7 quad-core processor. It runs on the Android 4.4 KitKat OS and has 512MB of RAM. The internal memory of the device is 4GB that can be further expanded up to 32GB with a microSD card.

Q1001 has a 5 mega pixel rear camera with flash that can record full HD videos (1080p) at 30 frames per second, and a front-facing VGA camera for video calling. Additional features of the camera include scene detection & tuning, High Dynamic Range (HDR), face recognition, panorama, geo-tagging, and smile detection, among others. On the connectivity front, the device has Bluetooth 4.0, Wi-Fi and 3G, as well as a microSD card slot and a microUSB port. The dimensions of the device are 143mm x 73.2mm x 9.5mm.

The company has provided a 2,000 mAh battery in the device that it claims will offer up to 22 and 12 hours of talk time on 2G & 3G respectively, 32.55 and 6.15 hours of music & video playback, as well as 634 hours of standby time. The smartphone has GPS (with A-GPS support), and also comes with dual-SIM capability. It is available in black and white colours.