Chennai-based education technology startup Harness Handitouch Pvt Ltd has raised an undisclosed amount in its Series A round of funding from Luxembourg-based private equity firm Armat Group, as per a company statement. With this round, all angel investors in the firm have exited.

The funds will be used for expansion in Europe, product development, as well as for marketing.

Harness Handitouch had raised Rs 1 crore from a group of angels from ah! Angels, a network of investors and part of ah! Ventures, in October 2012. While the company refused to divulge any financial details, it mentioned that all investors have made positive returns.

"All our investors have got a profitable exit within two years of their investment. Our focus in the future will be to have many more such exits," said Abhijeet Kumar, founding partner, ah! Ventures. 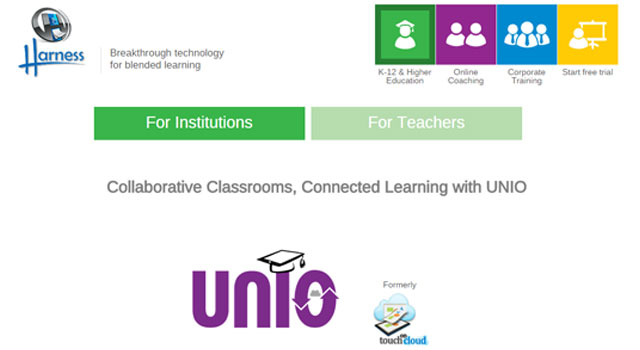 Harness Handitouch was founded by former McKinsey & Company consultant and IIT, Madras alumnus Subramanian Viswanathan in July 2011. The company, which developed a new learning operating system called Touch-on-cloud to leverage the penetration of tablets among youth, follows a B2B model in collaboration with schools.

It also works in verticals like online coaching and corporate training. The company has a corporate office in the UK, and has clients in six countries, including India and the Middle East, with over 10,000 learners.

The startup was a part of the second batch of Microsoft's acceleration programme.