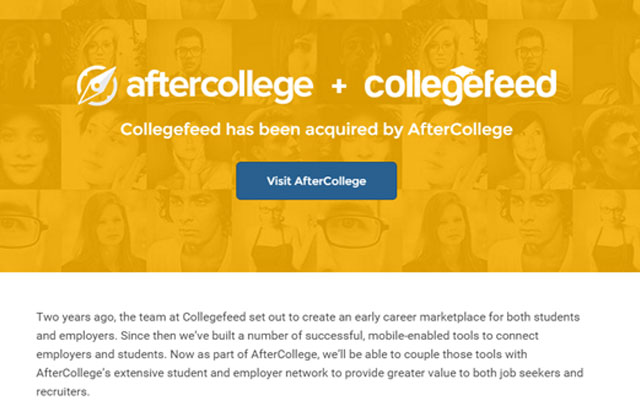 California-based Collegefeed, which started as a US-centric personal career assistant for college students, had later opened its platform for students across the globe, including India.

The site is no longer active and its existing users have been automatically migrated to that of AfterCollege. Its clients would also get their brand pages on AfterCollege like they did with Collegefeed, it said on its site.

Founded in 1996 by students at Stanford University and originally called "The Job Resource", AfterCollege is an entry-level job and internship resource that helps over half a million visitors each month.

While AfterCollege is more of a US-centric product, it also partly competes with Indian job portals like Naukri, among others.