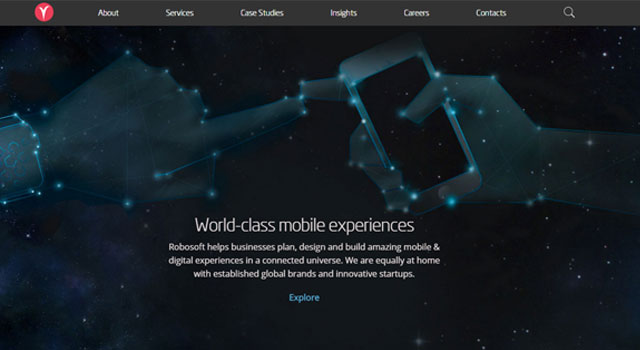 Robosoft Technologies Pvt Ltd, a third party mobile app developer as well as publisher of its own mobile games, has raised $12 million (Rs 75 crore) in what is a Series B round led by private equity firm Ascent Capital. The round also saw existing investor Kalaari Capital bring in more money, a top company executive told Techcircle.in.

Multi-stage investor Ascent Capital put in $10 million, while Kalaari put in the rest. Kalaari had put in $4 million in Robosoft in its Series A round two years ago.

Udupi-based Robosoft has three business lines. While the main company is a third party designer and developer of apps, its unit 99Games is a developer of mobile games. 99Games has published its own games like Star Chef as well as licensed products such as mobile game for Dhoom 3, a Bollywood movie released in December 2013. The other business Global Delight is into audio & video domain apps.

Robosoft claims it has partnered with various global brands and has built over 1,400 apps, across platforms in consumer mobility, enterprise mobility and games & entertainment segments.

For the year ended March 31, 2014, the three firms together had revenues of Rs 30 crore with net loss of Rs 24.3 crore, as per VCCEdge, the data research platform of VCCircle. Bulk of the revenues were generated by Robosoft itself.

The firm was started way back in 1996 as a games developer for desktops, but later adapted to mobile devices during 2008.

With the fresh funding, Robosoft is also restructuring itself into three separate companies with 99Games and Global Delight being hived off.

The deal structuring stands undisclosed, but it is expected to involve both the investors holding a stake in all the three firms.

Rohith Bhat, CEO & managing director, Robosoft Technologies, told Techcircle.in, "It will help us invest in products drive user acquisition and double down on our offerings."

Robosoft plans to build near-shore capability in the US, Europe and Middle East with these investments.

"While the company has been traditionally strong in consumer mobility and gaming, we intend to strengthen our enterprise mobility practice too," Bhat added.

The company currently employs 450 professionals, with majority of them housed in Udupi, a coastal town in Karnataka.

Bhat explained that 99Games will be expanding on its two-pronged strategy: building games through licensed IPs (largely for the Indian market) and creating its own IPs for a global audience.

"The immediate focus would be around driving user-acquisition focused marketing campaigns for Star Chef, the latest hit game from 99Games. Star Chef is growing over 30 per cent month-on-month in terms of monthly active users as well as monetisation," he added.

Meanwhile, as per its website 99Games has 15 games under its belt (including licensed IP franchise such as Dhoom 3:The Game, which has over 5 million downloads on Android) with 500,000 paid downloads and 20 million free downloads. 99Games was the smallest of the three businesses of Robosoft in FY14 in terms of revenues.

Global Delight, the third business, has developed products such as Camera Plus (over 27 million downloads), Game Your Video and Boom (a system-wide audio enhancer for Mac).

"The new round of investments will go behind expanding to the Android platform, user acquisition and taking our current crop of products to the next level in innovation," Bhat added.