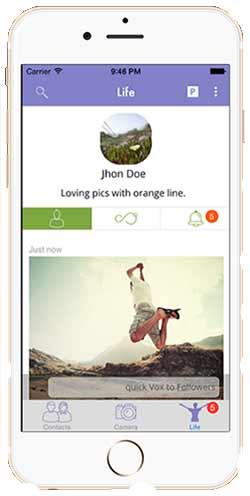 VoxWeb, a social networking app that allows users to attach an 11-second audio clip to any image, has raised $350,000 (Rs 2.3 crore) in funding from an undisclosed investor.

VoxWeb, which is run by Mumbai-based VoxWeb Pvt Ltd, will use the funding to refine technology and add features to its iOS and Android apps, a statement said.

In August 2015, the company had raised seed funding of $100,000 from CitrusPay co-founder Jitendra Gupta.

VoxWeb allows users to interact using 'speaking pictures' or images with voice clips attached to them. The app also features a social network called 'Life' which allows users to build their network and share images.

VoxWeb, which was founded in June 2014 by Yash Mishra, has a team of seven people. Before starting the firm, Mishra, an alumnus of IIT Kanpur, worked as an analyst with JP Morgan.