Internet for all, promises Google 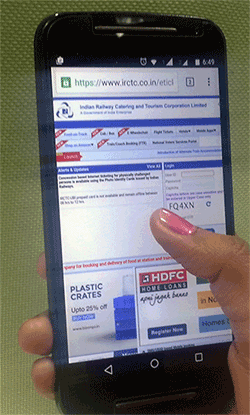 "Mumbai Central will be the first station, where free wi-fi service will be launched. After that we we will add one station per zone taking the number to 100 by the end of next year," said Marian Croak, vice-president, access strategy and emerging markets, Google Inc.

In all, free Wi-Fi access will be provided at 400 railway stations.

Moreover, depending on the number of footfalls or the socio-economic profile of the people who gather at each station gets every day, the company plans to set up various access points to ensure continuous access to the internet.

However, with free Wi-Fi, comes the issue of earning revenue. Google claims to have chalked out various business models to solve this issue. Speaking about one such model called, 'wholesale', Croak explained, "In this model, we get advertisers as sponsors. So when a consumer using the Wi-Fi will open Chrome on her smartphone, the first page will display the sponsor's logo."

Moreover, Google's 'Project Loon' which had earlier hit a roadblock due to concern over spectrum sharing, may once again see the light of the day with the internet giant claiming to have found a solution for sharing of spectrum with telecom service providers. Croak said the Google team will present the idea to the Indian government.

Developed by Google X, 'Project Loon' was started with the aim of providing internet access to rural and remote areas. As part of the process, Google uses balloons placed at an altitude of about 18 km to create an aerial wireless network with up to 4G-LTE speeds.

Earlier in the day, Sunder Pichai, CEO, Google Inc had said that the company plans to turn it into a full-fledged programme covering 300,000 villages. Google had piloted the programme in 1000 villages in three states.