Road safety analytics firm Zendrive gets $13.5M from Sherpa, others 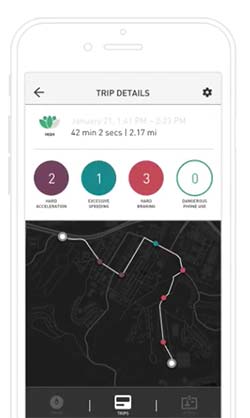 Zendrive's existing investors First Round Capital, BMW i Ventures, Fontinalis Partners and Tad Montross also put money in this round, it said in a statement. This round brings the total amount of funds it has raised till now to $15 million.

"Zendrive's technology fits in with the requirements for a solution that is cheap, does not require hardware and can be rapidly deployed nationwide," he added. The new funds will be used for further developing the company's flagship technology and ramping up its team.

Founded in 2013 by former Facebook executive Jonathan Matus and former Google employee Risbood, Zendrive works on any smartphone by tapping mobile sensors to measure a vehicle driver's safety quotient. It tracks actions such as acceleration, braking, swerving and phone use and gives users a 'driver score'. Its technology can be used by a broad list of industries and products including on-demand services, commercial fleets, taxi aggregators, insurance, city planning, mapping, driving instruction, and roadside assistance companies.

In the automotive technology segment, Zubie Inc, which allows users to track the health of their vehicle through their smartphones, raised $8 million in a round led by Nokia Venture Partners and Magna International in 2014. Prior to that, it had raised $10 million from Castrol InnoVentures, and others, in 2013. San Francisco-based Automatic Labs, which allows cars to connect to third party apps, raised $24 million in its Series B round from Comcast Ventures, Y Combinator, RPM Ventures, and others, in June 2015.