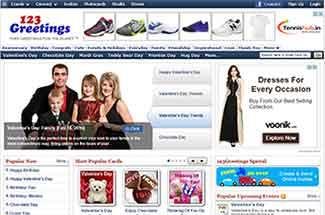 The shares were sold by Intrasoft Beneficiary Trust, whose sole beneficiary is the company, through bulk deals on Monday.

The company plans to use the entire net proceeds from this transaction to expand its e-commerce business, managing director Arvind Kajaria said.

Intrasoft Beneficiary Trust was set up in 2007 to hold shares solely for the company's benefit. The trust doesn't hold any shares of the company now.

In July, it had raised Rs 32 crore (about $5.4 million then) by selling a third of its treasury stock through bulk deals to a clutch of small brokerages and private investment firms from Kolkata and Mumbai.

The company is backed by Intel Capital, which had invested in the firm in 2008 and currently owns a 10.42 per cent stake.

Intel Capital recently part-exited IntraSoft by selling a 1.6 per cent stake. It clocked around four times returns in rupee terms and around 2.6 times in dollar terms, arguably the best returns from its portfolio in the country to date. It pocketed around Rs 12 crore in the part-exit and its remaining stake is now valued at Rs 48.42 crore.