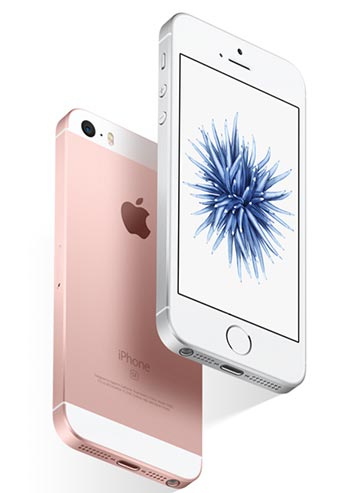 Apple on Monday unveiled the iPhone SE at a media conference in Cupertino enticingly called, 'Let us loop you in'. At a time when bigger-is-better rules, Apple has gone back to its roots and launched this 4-inch screen smartphone with updated specs.

Justifying the reason for going back to the 4-inch screen, Apple said it had sold 300 million four-inch iPhones in 2015.

The new phone will be available in India early April with a price tag of Rs 39,000 for the 16GB version.

The new phone is strikingly similar to the two-and-half-year-old iPhone 5S in terms of looks and will be replacing the latter which currently retails at around Rs 18,500 in India. However, the innards of iPhone SE are much closer to that of an iPhone 6S.

The new phone is powered by the latest 64-bit A9 chip and M9 co-processor for the improved 12-megapixel i-Sight rear camera, similar to the one in an iPhone 6S. The iPhone SE also comes with a fingerprint scanner on the home button and boasts of 14 hours of talk time on 3G and 13 hours of internet use on LTE. 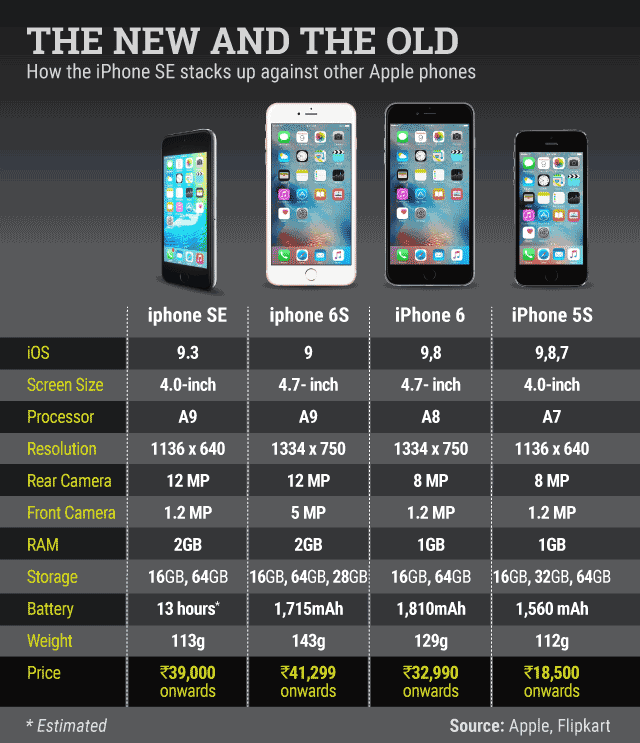 The phone comes with a 2 GB RAM and has a 1.2-megapixel front-facing camera. However, the 3D touch feature in the 6S is missing here.

It also runs Apple Pay and comes in the wildly popular rose gold colour, in addition to space gray, silver and gold. At the same event, Apple also unveiled a smaller model of the iPad Pro, called iPad Pro 9.7. The smaller iPad Pro has most of the features of the larger model except that its screen is 9.7 inches, the same as the iPad Air 2. The new iPad Pro also comes with the stylus, which Apple calls Pencil.

The new iPhone SE would appeal to those who want an easy-on-the-hands smartphone and one that comes with the latest technology. Having said that, the smartphone market in India has already shifted its focus to larger screen phones or phablets, and bigger-the-better is king here.

If we have to pit iPhone SE against the Android devices, Nexus 6P would come closest to it. It is packed with 3GB RAM, a bigger 3450 mAh battery and the 32GB variant is priced at Rs 36,999 on Amazon.

For the iPhone SE, the price tag may be a problem in India with most smartphones here selling at less than a third of what the SE costs. Also, you can get your hands on the mighty iPhone 6S by just paying Rs 3000 more.