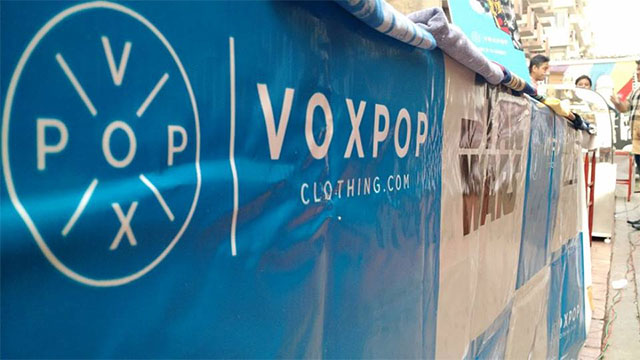 While the deal is expected to help Bioworld build its online business in India and widen its base in the local pop culture community, it will enable VoxPop to develop a strong product portfolio for apparel, accessories and footwear.

The deal results in an exit for seed-stage venture capital firm Blume Ventures which had invested $1 million in VoxPop along with other investors in November 2014. In 2013, VoxPop had secured $400,000 from Blume Ventures and a few unnamed investors from India and the US.

As part of the transaction, the entire VoxPop team will join Bioworld.

"While VoxPop continues to be independent in the way it operates, we believe our combined strengths will unlock the opportunity to accelerate growth in the category," said Siddharth Taparia, founder and CEO, VoxPop. However, he refused to divulge more details, including the deal size.

Taparia said the firm aims to be the one-stop shop for all popular culture merchandise needs in India.

21 Trends Pvt. Ltd, which owns and operates VoxPop.com, provides original clothes and offers a collection of original T-shirt designs, accessories and footwear through collaboration with designers, artists and brands.

The company was founded by Taparia, an alumnus of Harvard Business School, in 2013.

VoxPop's platform has collections inspired by popular television shows such as Dexter and Game of Thrones, among others. It also owns licences of brands such as Star Wars as well as characters created by publishing houses such as DC Comics and Marvel Comics.

Raj Malik, founder and CEO, Bioworld Merchandising, said, "This acquisition is a part of our growth strategy."

Established in 1999, Bioworld is a global player in the design and distribution of licensed and private label merchandise for young adults with offices in Dallas, New York, Minneapolis, London, Toronto and Delhi.

In March 2015, it had swapped its stake in TaxiForSure when Ola acquired the cab booking service. It had also made a multi-bagger exit in January 2015 when Twitter acquired ZipDial Mobile Solutions Pvt. Ltd, which runs a missed call-based customer engagement platform ZipDial.

In 2014 alone, it had invested in 14 firms, including Grey Orange Robotics and mobile payment service provider Backwater Technologies, according to VCCEdge, the data-research platform of VCCircle.

Also, in December 2015, the venture capital firm said it had raised over $30 million for its second fund to mark the first fundraising milestone.