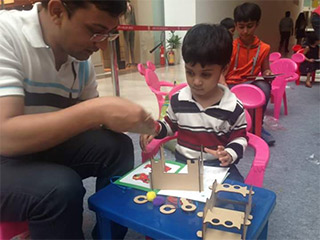 "Smartivity started with DIY (do-it-yourself) activities for parents and kids, then entered the augmented reality space, and is also working on puzzles to provide interactive learning to kids. Now, with the new funds we will get into Internet of Things (IoT)-enabled toys and robot-led learning for kids, which are still at the conceptualising stage," Apporv Gupta, co-founder, told Techcircle.in.

Smartivity would use the money raised to expand its team and its product portfolio in STEM (science, technology, engineering and mathematics) and augmented reality.

The fund raise was first reported by The Economic Times.

In March this year, S Chand along with Blume Ventures invested $1 million in edu-tech startup FlipClass; and an undisclosed amount in online test preparation platform Testbook.com.