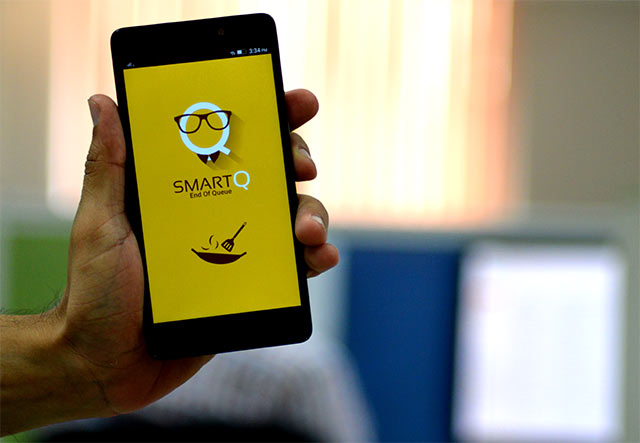 Vijay Jumani, former CEO of BabyOye.com, also participated in the funding round.

Krishna Wage, co-founder, SmartQ, confirmed the development to Techcircle.in. The company plans to use the funds to expand into verticals such as amusement parks and retail.

SmartQ allows users to avoid long queues at food courts in corporate parks and multiplexes. The app asks users to sign up when they log-in for the first time on the app after which the app automatically detects the location of the user. Once the user selects a particular food outlet, the app allows users to choose between dine-in and takeaways.

The company has also tied up mobile wallets like PayUMoney and Paytm to enable cashless transactions for its users. The company charges a commission for every order serviced by its platform. SmartQ. The company claims to have more than 45,000 users on its Android app currently and also claims to clock over 1800 transactions daily with 50 per cent month-on-month growth.

The startup, which was founded by Wage and Abhishek Ashok in December 2014, offers its services in various locations in Bangalore including Manyata Business Park, Indegene Cafeteria and ITPL Bangalore among others.

Wage is an alumnus of IIM-Calcutta while Ashok is an alumni of Indian Institute of Science, Bangalore. Ashok and Wage have also founded an advertising company named ADding VALUE, according to their LinkedIn profiles.

Mobile app Zeppery, which had a similar model, recently closed down citing high customer retention costs. It had said that the Indian market was not yet ready for this model.

In April 2016, Fashalot, has raised an undisclosed amount of funding in its pre-Series A funding round, led by YourNest Angel Fund and angel investor Rajul Garg.