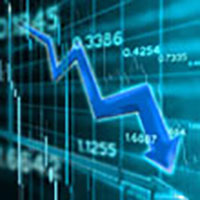 Restaurant listings and discovery company Zomato Media Pvt Ltd plunged deeper into the red in the financial year through March 2016 and even pushed parent Info Edge (India) Ltd into losses.

Zomato's pain Gurgaon-based Zomato was founded in 2008 by IIT Delhi alumni and ex-Bain employees Deepinder Goyal and Pankaj Chaddah. Its losses have multiplied over the years as it expanded rapidly. Its pre-tax loss tripled in 2014-15 and quadrupled the year before while revenue grew at a similar pace.

The company became one of the few so-called unicorns, or privately held firms valued at least $1 billion, in India when it raised $60 million in fresh funding from Singapore government's investment company Temasek and existing investor Vy Capital in September 2015. It had earlier raised  $50 million in April last year, led by Info Edge.

However, earlier this month, the brokerage arm of HSBC—which initiated coverage on Info Edge—cut its valuation of the restaurant listing site by half to $500 million. Zomato, however, dismissed the HSBC report. Co-founder and CEO Deepinder Goyal wrote in an internal mail to employees that the company's existing investors were "bullish about us, and are willing to back us further, if needed".

Other businesses including Shiksha and Jeevansathi posted a loss of Rs 85.3 lakh on revenue of Rs 23.64 crore for the fourth quarter.

The company's advertisement and promotion spends dropped 20% sequentially in the fourth quarter with advertisement costs contributing 14% to total expenditure. Its employee expenses jumped 30% from a year earlier to Rs 89 crore.