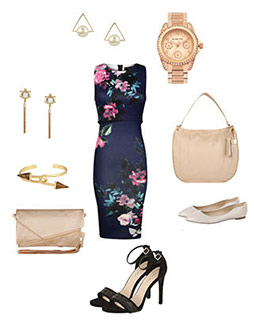 HT Media is purchasing 12 million shares at 25 pence each, the publisher of Hindustan Times and Mint newspapers said in a stock-exchange filing.

The development came about a month after Koovs said it had raised £21.9 million from existing and new investors. It was the first significant transaction related to a local e-commerce venture after the government formally allowed foreign direct investment in online marketplaces.

Koovs, which runs on an inventory-based e-commerce model, had also said at the time that it had an option of raising up to an additional £8.1 million prior to 30 June 2016. The strategic investment by HT Media will be part of this fund raise, Koovs said in a statement.

The company initially focused on the sale of mobile phones and other electronic goods. It later pivoted to become an e-tailer of fashion apparel and accessories. It now offers a mix of private label and branded merchandise. The e-shopping venture Koovs.com is run by another firm, Marble E-retail Pvt Ltd, under licence from Koovs India.

Koovs competes with the likes of Flipkart-owned Myntra and Rocket Internet's Jabong, besides several other horizontal and vertical e-commerce players in the booming market for online retailing of fashion apparel and accessories. It claims web visits of about 1 million per week.

Earlier this month, the company announced that it clocked gross merchandise value of Rs 98.1 crore for the year through March 2016. This was up 189% over the previous year. The company also said its web traffic more than doubled and its conversion rate rose 55%.

Koovs plc, earlier known as Silvergate Retail Ltd, was founded by Waheed Alli and retail industry executive Robert Bready, who previously worked at ASOS and Arcadia. Koovs plc went public on the London Stock Exchange's AIM market in 2014. It acquired a majority stake in Koovs India after the listing.